Inspired by Nat Turner’s historic slave insurrection of 1831, the book/lyrics were co-written by Liana Asim, who also directs, with music by Allyssa Jones.

Alongside his beloved wife, Brother Nat toils, sweats, and dreams of freedom until an angel appears and issues a divine directive: Rise and revolt! Nat shares his encounter with his fellow enslaved brethren. Finally the sign Nat has been waiting for arrives: a total eclipse of the sun. In the darkness, he gathers his warriors. Taking control of the plantation, Nat and his comrades spill the blood of their oppressors. Against all odds, Nat dared to rise above injustice, revolt against slavery, and believe in the redemption of all humanity.

A number of Emersonians are involved in the project. 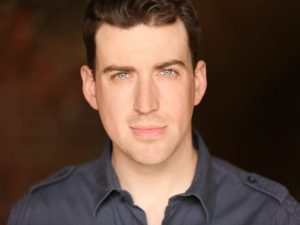 Actor/dancer/singer Mark Linehan ’07 performs a number of roles in Brother Nat. In addition to performing in theaters across New England, Linehan works as a costumed historical guide on Boston’s Freedom Trail.

Another cast member, Todd McNeel, studied Public Relations at Emerson and previously worked in the Office of the Arts. He is a member of the American Spiritual Ensemble and has appeared with the Cincinnati Opera, Boston Youth Symphony Orchestra, and Central Square Theatre. He currently attends Longy School of Music of Bard College, where he studies Opera Performance. 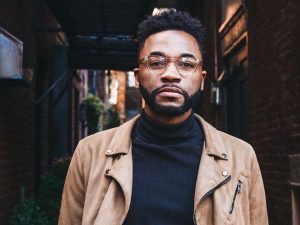 Assistant Stage Manager Sabah Shams ’21 is getting their BFA in Theatre Design/Technology. They have designed various shows for Emerson Stage, as well as the EVVY Awards, the largest student-run, multi-camera award show in the country. They are primarily a scenic artist and designer, working on shows such as Beauty and the Beast and Hamlet, but also enjoy stage managing.

Below is a shortened version of a story about Brother Nat that Emerson Today published in April 2018. For tickets, visit emersontheatres.org. 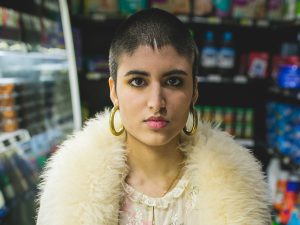 Jabari Asim has been thinking about Nat Turner for a long time.

The Writing, Literature and Publishing associate professor said he thinks he’s been working on some version of Brother Nat, the musical he’s co-writing with his wife, Liana, about the leader of the 1831 slave uprising, since before he came to Emerson eight years ago.

Now, with the right composer/collaborator in Allyssa Jones, music director of the Lyric Stage Company, and a recent $15,000 Live Arts Boston grant from The Boston Foundation, the show is two big steps closer to going on.

“Little by little, we came up with a script we thought was good enough to submit for consideration,” said Asim, author of What Obama Means…For Our Culture, Our Politics, Our Future (William Morrow, 2009) and A Taste of Honey: Stories (Broadway, 2010), in addition to multiple children’s books and stage plays.

In August 1831, Turner led 75 fellow slaves and freemen in a rebellion in Southampton County, Virginia, that left more than 50 white people dead. In retaliation, white vigilantes slaughtered nearly 200 black people, many of whom had nothing to do with the uprising. Turner, after hiding out for a month, was arrested, tried, and executed.

“It became clear that this question of slavery would not be solved by peaceful means, and Nat Turner was one of the first to realize that,” he said.

Asim’s book and lyrics center on the uprising, but like any good piece of art, it has to have compelling and complex characters. While historians know a lot about the revolt, much less is known about Turner the man.

A book that many people still accept as a legitimate account of Turner’s experience—Thomas Gray’s The Confessions of Nat Turner, allegedly written from jailhouse interviews with Turner—is not universally regarded as accurate, and Asim counts himself among those who doubt its authenticity.

“There’s a lot of space there to imagine who he was,” Asim said.

One thing that is known about Turner is that he was a preacher or Christian teacher. In Brother Nat, Asim and Liana try to imagine Turner’s relationship with his wife, Cherry, and with his religion.

“A lot of the songs explore that tension, how one might rationalize taking that step [of violent uprising]. [He’s] making an effort to reconcile these two seemingly conflicted philosophies,” Asim said.