The 4th-seeded Emerson Overwatch team may have lost to Northeastern University, 2-0, in the semifinals at the December 8 Boston Uprising Collegiate Cup, but in one respect, they won before any of the players ever sat down in front of their screens.

“One of the most rewarding aspects of working on this project was the excitement from not only the Emerson team, but other schools as well,” said Neal Sweeney ‘19, who, as president of Emerson Esports, helped organize the Collegiate Cup along with students in Kevin Mitchell’s Esports Events course.

Northeastern went on to beat Boston University in the finals, which made sense, Sweeney said, since Northeastern has a dedicated Esports training facility and coaches.

But Emerson has something else: Esports courses within the Sports Communication major that prepare students to organize, produce, and manage tournaments like the one the Boston Uprising hosted. 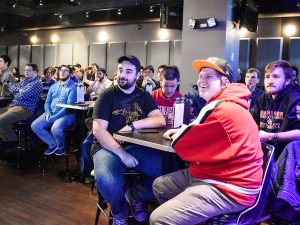 The Collegiate Cup, held at Laugh Boston, offered student teams the chance to compete for a trip to Burbank, California, to watch the international Overwatch League, which competes in the first-person shooter video game.

The Overwatch League was created just this year with 12 teams, including the Boston Uprising, owned by the Kraft Group, which also owns the New England Patriots and the New England  Revolution. Next year, eight more teams from Europe, North America, and Asia will be added, with owners the likes of Cox Media paying tens of millions of dollars for the franchises.

Esports is big business, and Emerson is teaching students how to harness that opportunity.

“I’m happy to have had the opportunity to work on such an exciting project, [which was] possibly the most impactful thing I’ve been a part of in my time here at Emerson,” Sweeney said of the Collegiate Cup.

Sweeney, a Journalism major, said he was able to help pull off a collegiate tournament because at Emerson, he’s had a hand in both sides of Esports. By helping to run a Smash Invitational in 2016, he got experience in the business and logistics aspects, and serving as coordinator for the Emerson Overwatch team has taught him about the competition side of things.

Mitchell, an affiliated faculty member in the Communication Studies department, said he was grateful to Jen Ferron and Joe Dorant from the Boston Uprising team for giving Emerson students such a large role in hosting, managing, and running the inaugural Collegiate Cup.

“Our participation was invaluable because our students obtained specialized training while immersing themselves in a one-of-a-kind experiential learning opportunity,” he said.

Sweeney said Esports is only getting bigger, both in the world of sports and entertainment, and at Emerson.

“In the future, I foresee this program continuing to grow with new faculty in programs, some of which I am assisting in developing, and expect it to become a leader in Esports communications and strategy,” he said. 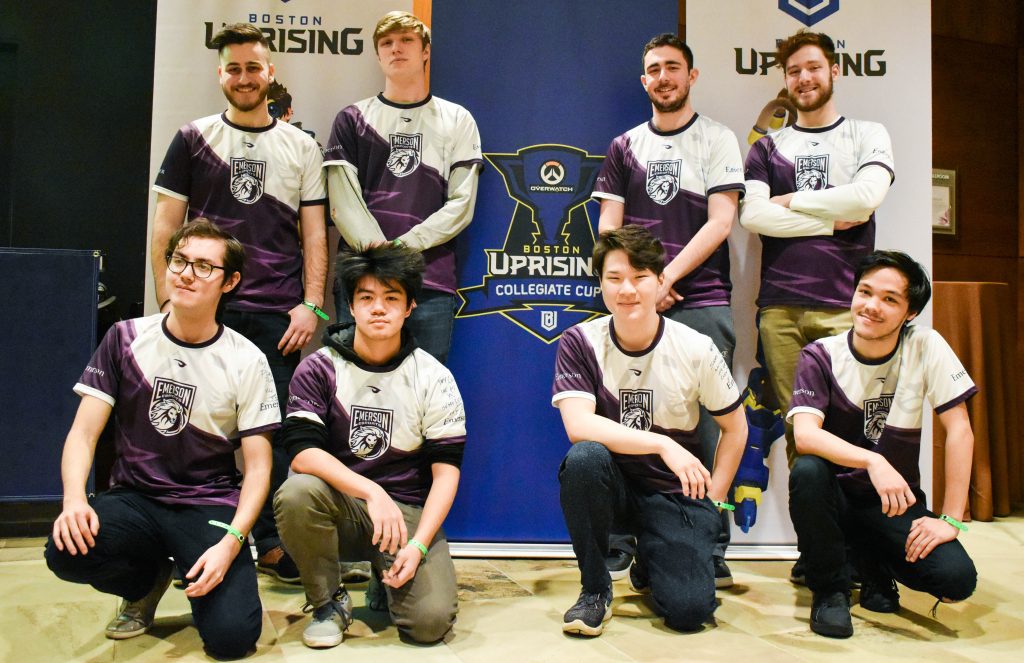 Surveys: Tell MTP, the Emerson Channel What You Think