Connect with:
Subscribe
HomeNews & StoriesThe Making of Azazel: How to Write, Shoot, and Edit a Movie in 48 Hours
News & Stories
2023 seen

For the festival, students are given a set of rules and 48 hours to make a film that adheres to them. Everyone’s films are then screened on Sunday night, and prizes are awarded (none this year for Kuelling and team). Log and all photos by Kuelling. 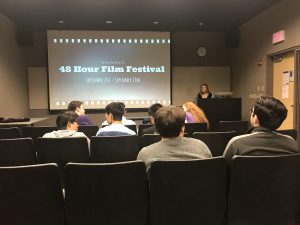 Participants in the 48-Hour Film Festival get their brief.

3:20 pm: Find out what our prompt will be, and our genre. Each film had to pertain to self-discovery, contain coffee as an object, the word “squash.”

3:27 pm: Group splits up to get costumes and camera equipment.

4:53pm:  Go to Equipment Distribution Center and ask if equipment can be loaned for the 48-Hour Film Festival. It can’t.

8:00 pm: Get dinner as a group to discuss and divide workload 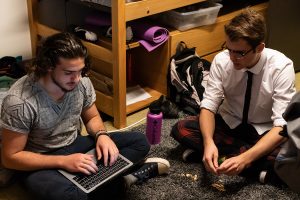 10:30 pm: Receive script from writers and perform revisions. Work on digital aspects of the film in the meantime

4:00 pm: Film the only daylight scene 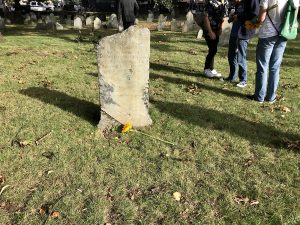 A headstone used in our film. We payed respect by leaving a flower after
completion of the scene. 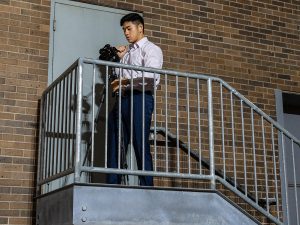 1:00 pm: Watch film over and over to make sure everything is right 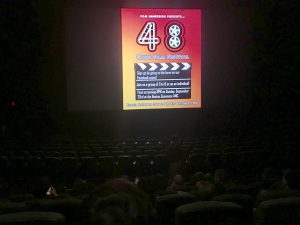 School of the ArtsStudentsVisual and Media Arts