A leader in multiculturalism in speech-language pathology, a Lion soccer star who’s influenced criminal justice reform and ethics in political communications, a multi award-winning television executive producer and director, as well as a young alum who won three Emmys before turning 30, will all receive Alumni Achievement Awards from the Alumni Association at this year’s Alumni Weekend on June 6.

Dr. Noma Anderson, MS ’73 recently retired from the position of special advisor to the University of Tennessee System President on Diversity and Inclusion. She was also a professor in the Department of Audiology and Speech Pathology in the College of Health Professions at the University of Tennessee Health Science Center (UTHSC), and the dean of the College of Health Professions at UTHSC. Anderson worked as a professor in the Department of Communication Sciences and Disorders at Florida International University, and as dean of the School of Health Sciences at FIU. She was previously a faculty member at Howard University, Hampton University.

Anderson’s professional areas of expertise are in multicultural aspects of communication sciences and disorders, health and educational disparities, language acquisition, and childhood language disorders. Anderson has served on the Advisory Board and the Advisory Council of the National Institute on Deafness and Other Communication Disorders (NIDCD) at the National Institutes of Health. She’s also been a consultant for setting visa screen requirements for speech-language pathologists and audiologists from foreign countries.

Anderson has been actively involved in numerous professional associations, including being the 2007 president of the American Speech-Language-Hearing Association (ASHA). She has also served as deputy director of the National Black Association for Speech, Language and Hearing (NBASLH), and secretary of the Council of Graduate Programs in Communication Sciences and Disorders. From 1994-2001 she was a member of the Emerson College Board of Overseers (now Board of Advisors). She is also on the Board of Visitors of the School of Health and Rehabilitation Sciences at the University of Pittsburgh.

Read an interview with Anderson about what was the most influential factor in her success, whom she considers the most iconic, pivotal or inspirational figure in black history, and what hardships has she faced in her career.

Peter Loge ’87 is an associate professor in the School of Media and Public Affairs at The George Washington University, the founding director of the Project on Ethics in Political Communication, a writer, and a strategic communication consultant.

He also served a term as the president of the Emerson College Alumni Association. Loge, who played soccer at Emerson, received the Heart of a Lion award at Emerson’s homecoming in fall 2019 in recognition for his outstanding contributions to enriching the Emerson Athletics program and student-athlete experience.

Loge served in senior positions for U.S. Sen. Edward Kennedy (D-MA), for three members of the US House of Representatives, and in the Obama administration. Loge has led and advised a range of campaigns and organizations, including serving as a senior policy advisor for health care in the U.S. House during the debate over the Affordable Care Act, and was a chief of staff in the House of Representatives during the Clinton impeachment proceedings.

His eclectic career also includes having a solo show of his sculpture in a Washington, D.C. gallery, and appearing as a political satirist on National Public Radio (the Washington Post accused Saturday Night Live of stealing one of his ideas). His book Soccer Thinking for Management Success: Lessons for Organizations from the World’s Game debuted as the #1 sports industry new release on Amazon in the summer of 2018. His edited volume, Political Communication: Theory and Practice, is due out in early 2020.

Thrilled and honored to receive the Heart of a Lion award from @EmersonLions. Whatever success I’ve had is largely because of what I learned at @EmersonCollege, and I continue to learn from soccer. pic.twitter.com/aa7Qb4GbA8

Loge was the founder and principal at the Washington-based legislative strategy firm Milo Public Affairs LLC, where his clients ranged from AmericaSpeaks and America’s Funniest Home Videos to the World Wildlife Fund and WickedCoolStuff.com. Before launching Milo Public Affairs, he served as the first director of The Justice Project, which helped redefine the national death penalty and criminal justice debate.

As director of constituent services to former Congressman Sam Coppersmith (D-AZ), Loge made Coppersmith the first member of Congress with a presence on the Internet in 1993, and while working for Kennedy, coordinated the first online chat with a federal elected official.

Loge was an adjunct instructor in the School of Media and Public Affairs at the The George Washington University for more than a decade before joining the faculty full time. He has been quoted in local and national media, has provided analysis and commentary for the Washington Post, Wall Street Journal, The Times of London, Fox, National Public Radio, and other national and international media outlets, and his writing has been published by the Drake Law Review, Campaigns & Elections, The Hill, the IJ Review, the International Forum for the Challenges of Peace Operations, and others.

Brian Smith ’95 is a multi-award winning executive producer and director of network prime time television. As a passionate and accomplished storyteller, Brian has built his career collaborating to create impactful and intelligent content that maximizes entertainment value without sacrificing integrity.

His projects have topped broadcast television ratings every year for more than 20 years. He has produced and directed more than 1,000 hours of television for every major primetime broadcast networks.

Some of the shows he’s directed include Fox’s Masterchef, NBC’s The Biggest Loser, and CBS’ Big Brother.

Waiter: *grates cheese over my pasta*
Me:

At Emerson College, Smith was an executive producer of Emerson Independent Video (EIV) and NBS-AERho, and received an EVVY Award for Best Director.

Porter finished her Emerson College career on the Los Angeles campus, interning at Comedy Central, as well as working with the AD department and producers of the film The Hangover Part II.

She then switched gears to focus on live television, working on award shows and comedy specials. Since 2011, Porter has been working exclusively for NBC’s The Voice. Currently she serves as supervising producer, overseeing the live show stage, performance elements for contestants, coaches, and A-list guests.

In her time with The Voice, she has received seven Primetime Emmy nominations, winning three in a row from 2015 to 2017, before the age of 30.

She is also responsible for creating and launching Snapchat’s first alternative original program The Voice on Snapchat.

Porter also played softball at Emerson, and was a member of the Lions team that won the 2009 GNAC championship and participated in the NCAA regional tournament. 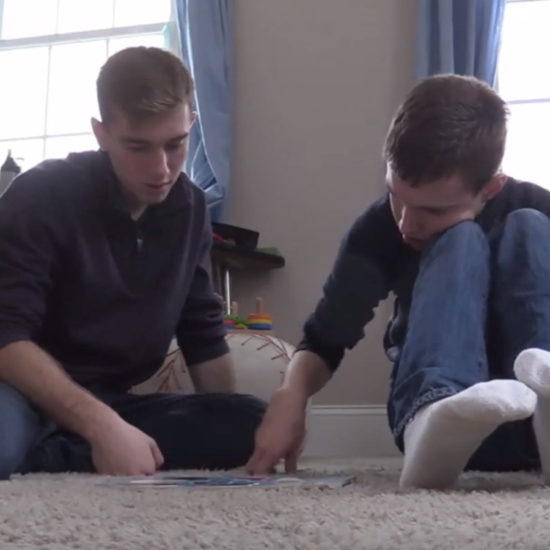 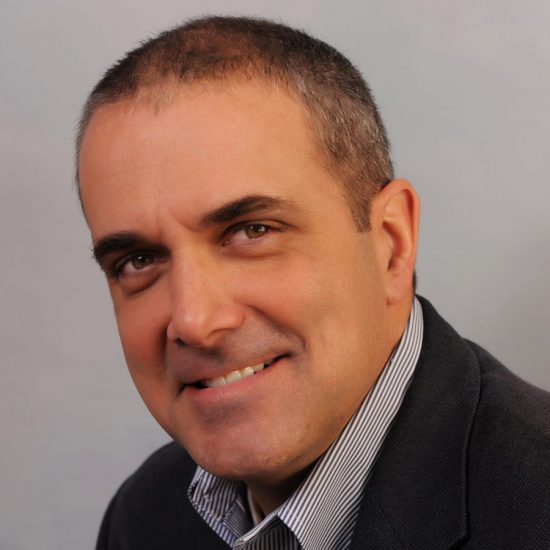 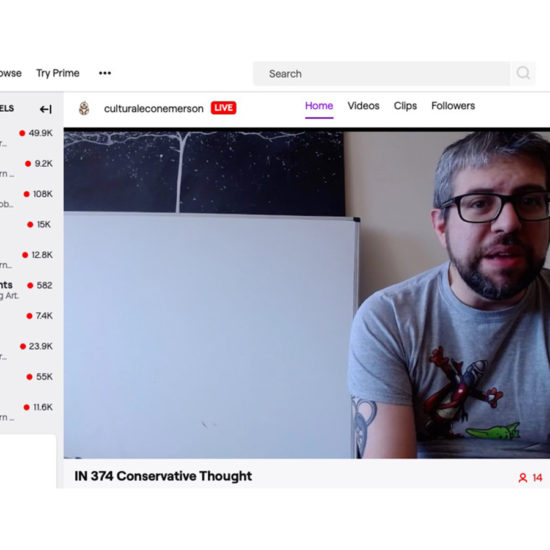 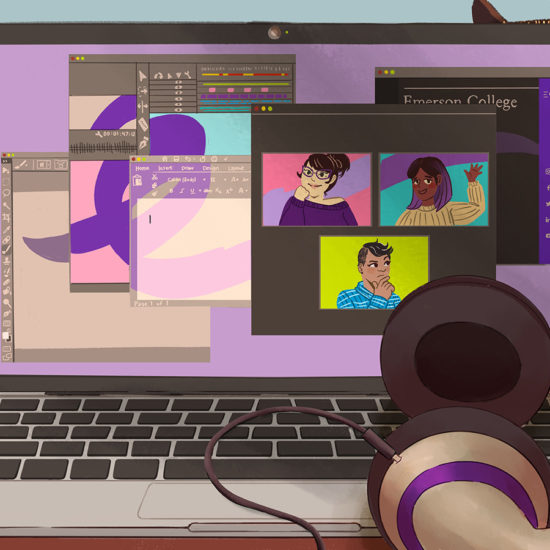 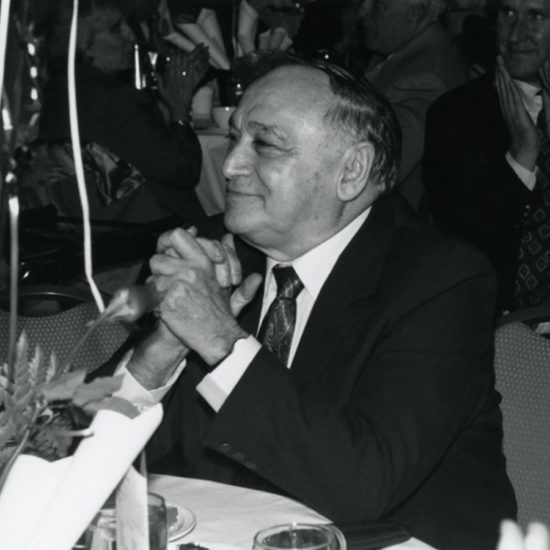