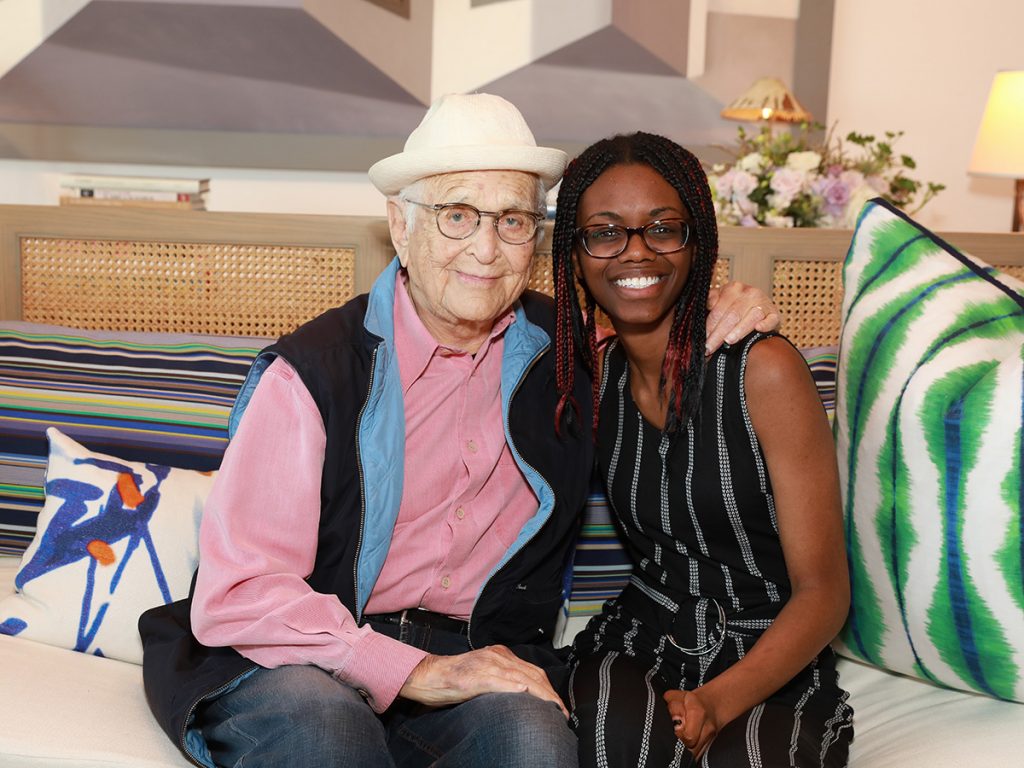 Lear, who most recently made history as the oldest Emmy winner for Live In Front Of A Studio Audience: All in the Family and The Jeffersons, launched the scholarship fund at Emerson College last fall.

The scholarship allows the school to admit exceptionally motivated and gifted students from first-generation, underrepresented and underserved backgrounds who have an interest in pursuing a career in writing for theatre, television, or film, or in the field of writing itself.

Mensah, a Visual and Media Arts major, is a native of Mt. Olive, New Jersey, and hopes to be a screenwriter.

Alumna Elected to Writers Guild of America West's Board of Directors