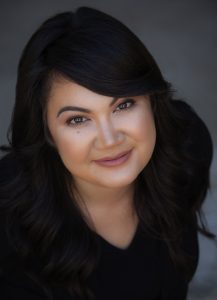 Liz Alper ’08 was elected to the Writers Guild of America West’s Board of Directors in September 2019.

Emerson alumna Liz Alper ’08 was recently elected to the Writers Guild of America West’s Board of Directors.

Alper explained why she wanted to be elected to the board.

“I’m a middle-class writer of color working in television — many of the issues I and writers like me are facing didn’t exist five or 10 years ago, thanks to the ever-diversifying landscape of TV. I wanted to represent writers like me on the board,” said Alper.

Alper said she is focused on supporting inclusion and diversity in TV rooms, addressing bullying and abuse in the industry, and creating mentorship programs for middle-class/mid-level writers. As a board member, Alper also wants to tackle several important topics in upcoming negotiations, including increasing compensation for writing teams, and to address screenwriter concerns such as eliminating one-step deals.

Currently, Alper is developing a few projects after having recently worked as a writer for the TV show The Rookie and an executive story editor for Hawaii Five-O.

She’s also been very focused on her WGA work, said Alper, “For the last few months, I’ve been managing a Google spreadsheet of writers recommended by senior level scribes. This database has played a role in getting writers opportunities, jobs offers and project sales after we parted ways with our agents. It’s called the #WGASolidarityChallenge grid and I’m working on getting the writers on the grid more exposure.”