Anaridis Rodriguez ’11 is one of several panelists who will talk about race and the Boston media at Emerson College on March 26. Photo/Twitter

Journalists representing television, print and online media, and social media, will participate in a panel about race and the Boston media at a free event on Tuesday at the Paramount Center. 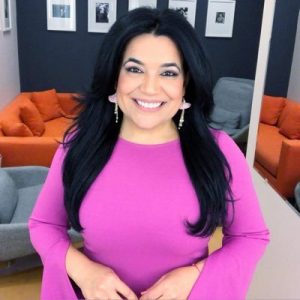 “One thing we’re touching on is the NAACP convention is coming to Boston in 2020. The last time they were here was [1982]. It’s being seen as a reflection of change of diversity in Boston,” said Nova-Salcedo, who is also an affiliated faculty member for the Journalism department. “Boston has always been seen as a racist city.”

Nova-Salcedo says Boston is being seen in a different light these days as its leaders have been vocal about helping the immigrant community, evidenced by Boston being declared a sanctuary city. “Boston is doing a lot more for diversity than other city and states in the U.S.” 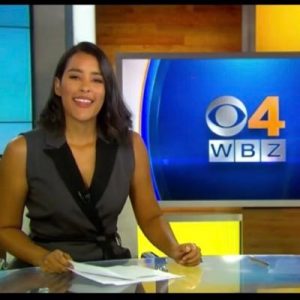 In regards to the racial makeup of the Boston media, Rodriguez says things are different than when her family immigrated to Rhode Island in the 1990s.

“I don’t remember seeing anyone who looked like me on the news, or [they] had a full name with no more than a few syllables,” said Rodriguez. “When I moved to Boston to attend Emerson I gravitated towards the standout vets like Maria Stephanos, Jorge Quiroga and Janet Wu. Newsrooms across the metro have since, in my opinion, made even more of commitment to diversity.”

Nova-Salcedo said it’s important that newsrooms reflect the community it serves, and that means hiring people from different cultures to be anchors, writers and producers. While she has hosted and produced the WBZ-TV show Centro, which looks at myriad topics, including health, politics, education, entertainment and more, for 23 years, other culturally-focused programming have been taken off the air when ratings dipped.

Panelists will also discuss other topics, including the movement in Hollywood to have diversity behind and in front of the cameras, as well as how social media is impacting diversity in Boston, said Nova-Salcedo.