It’s been 30 years since palpable racial tension and rampant gun violence demoralized the streets of Boston, peaking with the widely publicized 1989 murder of Carol Stewart. The aftermath of that case forced previously combative community members to join forces and restore their city – a profoundly successful effort that challenged traditional policing and developed a new framework for fighting crime that is still practiced today.

Bringing this turbulent chapter of Boston’s history to life is 1983 Emerson alumnus Christopher Buck, through his 2018 documentary, Operation Ceasefire, which was presented by the School of Communication inside the Bright Family Screening Room during a public screening and panel discussion last week.

Through dramatic archival footage, photographs, and candid interviews, the 30-minute investigative documentary unveils how a sensationalized murder case, allegations of excessive police force, and public outrage over stop-and-frisk policing in minority neighborhoods came to a head and united distrustful parties, including the Boston Police Department, African-American pastors, gang members, and academics to address the prevalence of gun violence in the city. This resulting holistic approach of this partnership resulted in an 80 percent drop in Boston’s homicide rate over the course of the 1990s, as cited in the documentary.

“The Charles Stewart case was a match that ignited racial violence of different levels. It allowed an already abusive police department to crack down on ordinary people with impunity. It allowed the police department to engage in a military-style operation of community suppression,”  said moderator and Emerson Journalism Associate Professor Roger House, who referred to himself as “a witness to the city at that time,” before discussing the citywide coalition of clergy used for gang outreach in Boston back then.

“The Ten-Point Ministerial Alliance was a unique demonstration of the exercise of black sovereignty in the city of Boston,” House said. “It was a coming together of the larger community to reclaim the streets and to set a moral tone for a generation lost. This film that you’ll watch tonight rediscovers this precious moment in the history of the city.”

Buck is the founder of Retro Report, a nonprofit investigative news organization that describes itself as “a counterweight to the 24-hour news cycle,” seeking to arm the public with “a more complete picture of today’s most important stories.” Retro Report has produced more than 150 short documentaries and video series, and has partnered with The New York Times, The New Yorker, PBS, NBC, Politico, the Guardian, Univision, and Quartz, among others.

Operation Ceasefire, produced in partnership with The New Yorker, provides historical context for how law enforcement in Kalamazoo, Michigan, are addressing street violence via interventions with gang members. The documentary explains that like Boston 30 years ago, Kalamazoo community members and social service agencies are collaborating through a unique violence intervention and prevention program to reduce homicides and shootings.

“When you went into [gang members’ houses], you learned that they might be all that on the street, but at home they were the ones putting food on the table, making sure the [kids] get out for school. So, we started to get a bigger picture that this wasn’t a group of lost souls,” says retired Boston police officer Robert Merner in Operation Ceasefire, regarding his days addressing Boston’s gang violence three decades ago.

“When [Retro Report] was conceived, the idea was to look at stories that were important and see how they turned out. We adapted over the years by thinking we should be looking at current stories, providing the backdrop for them and going back and finding other stories that can educate us with how we got to this point,” said Buck.

“I think every story should have this [historic] context baked in, and I think we get so caught up in what’s the latest Tweet, what’s the latest moment in the news, that it’s too easy to lose interest because no one’s stepping back and saying we’ve been here before, here are the lessons and what we can learn,” added Darnton. 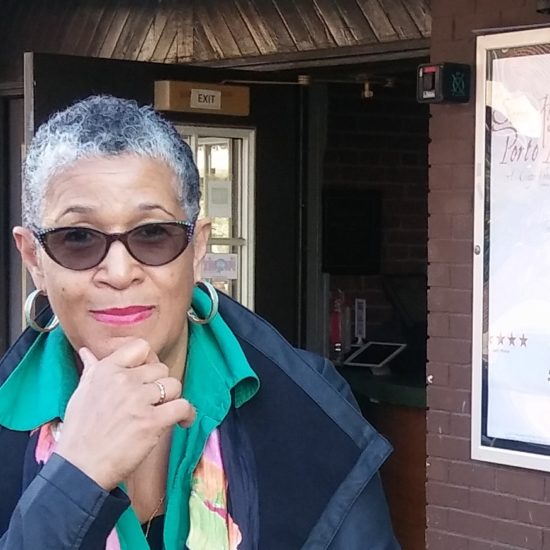