Salehomoum has been a licensed speech-language pathologist for more than 20 years. Her clinical experiences have included work with children with autism, reading delay, and deafness. She has taught at universities in California; her teaching practices promote active participation, critical thinking, and inclusion.

Salehomoum has just completed a doctoral program at the University of California, Berkeley; her dissertation work – an examination of a literacy intervention approach for deaf adolescent students – has potential for advancing our knowledge of evidence-based practice in this area. She is the recipient of a grant through the Disability Communications Fund, and is presenting her dissertation at national and international conferences.

MS: I am happy to get back to a full-time status, which means I can more easily connect with each student and communicate my intention/goal of being a supportive resource.

MS: I am currently designing an online audiology course. Both the online aspect of course design, as well as the audiology content, are new, so I am learning quite a bit!

MS: I love to be out in nature, hiking and occasionally biking. I also enjoy reading a good book, spending time with friends, and traveling. 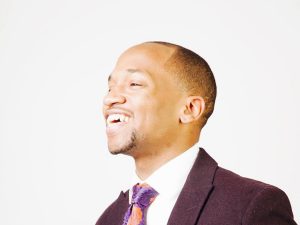 Hawkins’s research centers around communities of color and how public health campaigns can be leveraged to alleviate health disparities. He has been involved in competitive public speaking and debating for over 13 years, coaching a national finalist in every genre, including the national champions in duo interpretation in 2017. Prior to Emerson, Hawkins served as assistant director of forensics at Marshall University and Wiley College.

In addition to his work in academia, Hawkins has worked as a communication consultant for a myriad of social marketing campaigns combatting issues like human trafficking, advanced care directives, and HIV/AIDS. 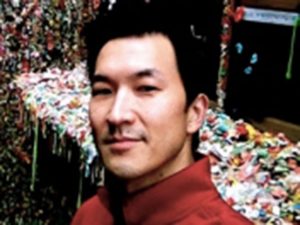 Park’s research interests center on mediated constructions of sports organizations and athletes on issues of identity, nationalism, masculinity, and diplomacy. He also examines how disruptions in communication technology implicate constitutional and free speech issues. His scholarship has appeared in nationally recognized communication and law journals, including Communication & Sport, Journal of Communication Inquiry, and the University of Colorado Law Review. 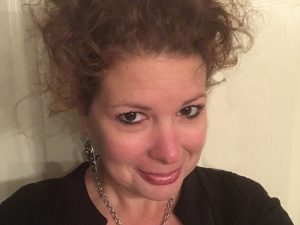 Scott’s career began as a sports journalist, first with the Tampa Tribune, then with the Journal Register Company in Philadelphia. She then transitioned into public relations, working for the Tampa Bay Super Bowl XXXV Task Force before moving to ESPN as publicity and community relations specialist for properties such as the X Games, Winter X Games, and the ESPY Awards. She managed public relations for the Miami Open (formerly Sony Ericsson Open or NASDAQ-100), and served on the South Florida Super Bowl XLI Host Committee.

In 2007, Scott opened her own consulting firm while teaching full time. As a faculty member, she has designed programs in New York and Scotland, and developed relationships with organizations such as NASCAR, NFL, NHL, PGA Tour, and several nonprofits and local businesses.

She has assisted with events and publicity for Michael Irvin’s PlayMaker Charities and Foundations; Battle of the Beauties; Sports Employment, Inc.; Dwight Stephenson Foundation; and the National Salute to America’s Heroes presented by Hyundai. Last year, with a partner, she formed Elles Wesgate, a small branding, marketing, and PR firm. 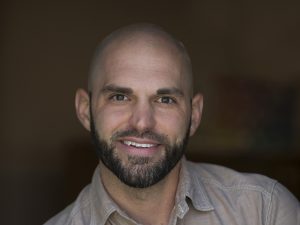 Specialties: activist media, social movements, and the framing of race and class

Canella is a media researcher, instructor, and award-winning documentary filmmaker and journalist. After eight years in local television news, he began pursuing graduate studies, earning an MA in Media Studies and Production from Temple University, and this year, a Ph.D. in Communication and Media Studies from the University of Colorado, Boulder.

He produces films and studies how the production and distribution of radical multimedia texts have the potential to foster meaningful social relationships among grassroots organizations fighting for social justice. He is interested in how the affective nature of film and media complements traditional community organizing tactics and promotes democratic citizenship.

In 2012, he traveled to London, where he filmed, wrote, and edited his first short documentary, The British Pub, Inc., which aired on public access television in the United Kingdom. In December 2016, he traveled to Senegal to film a documentary about a community theatre troupe in Dakar. His dissertation at CU Boulder included a 23-minute documentary, Radical Labor, that examined how the labor movement in Colorado works with grassroots community allies to build progressive solidarity. It was distributed online in March 2018 by Roar Magazine.

GC: I most look forward to teaching Emerson journalism students how a free and adversarial press plays a critical role in a functioning democracy.

GC: Boston is hot in August!

GC: When I’m not working, I enjoy hiking with my dog, skiing, biking, and reading. 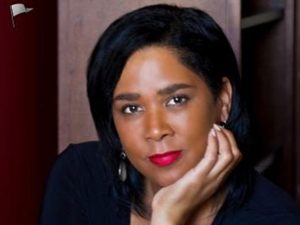 Jackson began her career in the news business as features reporter and diversity columnist for The Columbus Republic, where she wrote her column, “It Takes All Kinds” for more than a decade. While earning a master’s degree from Indiana University, she worked as a features reporter on air for WTIU Radio.

Her first job in television was as a convergence reporter in South Bend, Indiana, where she flipped her on-air stories for WSBT into print stories for the South Bend Tribune several days a week. She continued her broadcast career as a general assignment reporter at WRTV in Indianapolis, and as a freelance reporter for CNN in Chicago.

She has been a visiting, full-time professor at Indiana University in Bloomington, teaching broadcast news classes, and a lecturer in Northwestern University’s Medill School of Journalism graduate program. Most recently, Jackson was the video news director for Medill’s Washington video program, where students worked on air in 25 news markets. She also has worked as a contributor to Racing Toward Diversity magazine. 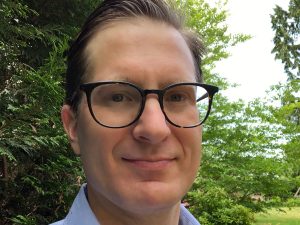 Goodman brings nearly 20 years of experience as a multimedia journalist, documentary director, educator, and communication studies scholar to his teaching and research. Before joining Emerson, he was a faculty member at Kwantlen Polytechnic University, Concordia University, Wilfrid Laurier University, and Thammasat University in Bangkok. He worked with the International Reporting Program at the University of British Columbia, and trained journalists with Internews; the Independent Journalism Foundation; the Institute for Media, Policy and Civil Society; the Cambodia Communications Institute; and the Royal University of Phnom Penh.

Goodman’s news, features, and documentaries have been broadcast by Associated Press Television News, CNN, PBS Frontline/WORLD, Al Jazeera English, and many others. His writing has been published widely, including by Reuters, the Toronto Star, and National Post. In 2017, he directed the documentary, Duterte’s Hell. Since 2014, Goodman’s research has focused on producing counter-narratives about the opioid crisis in order to disrupt hegemonic and stigmatizing narratives about the situation. He also is the founder of StoryTurns, an organization that leads innovative digital storytelling workshops for community organizations.

AG: I look forward to hearing from students what they are most passionate about when it comes to journalism. I have already had some conversations with students about international reporting, multimedia journalism, reporting on vulnerable communities, and more. It’s fantastic seeing students so excited about learning, and I will support them in developing their knowledge and skills so they can go in the directions of their choice.

AG: I am learning to trust my instincts as a journalist and scholar. Five years ago, I decided to begin focusing my reporting, documentary work, and research on the opioid crisis. I have tried to produce counter-narratives and humanizing images with people who have been deeply affected by the situation. I have learned that it is satisfying to work with people in sustained ways over long periods of time. Working this way allows me to tell nuanced stories with people whose voices aren’t normally heard.

AG: These days, my wife, Bee, and I seem to spend a lot of time grocery shopping and feeding our two young children. I also love practicing yoga and taking walks with my family in nature. Truthfully though, I’ve never considered what I do as a journalist to be work. That’s how much I love it. 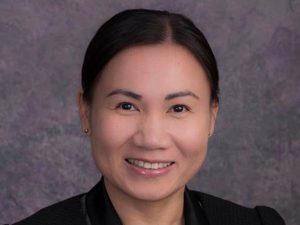 Prior to academia, Eng held positions in advertising agencies and corporations, where she managed portfolios in telecom, CPG (consumer packaged goods), and premium automotive for brands such as Nestle, Heineken, and Jaguar Land Rover. In her spare time, she enjoys cooking and nature walks with her husband and two children.

Jackson started out producing concerts for Nas, The Roots, The Dave Matthews Band, The Fugees, and A Tribe Called Quest, before starting his own promotions company, Seven Heads Entertainment, where he helped launch the careers of Yasiin Bey (Mos Def), Talib Kweli, El-P of Run The Jewels, Common, and others. Under Jackson’s leadership, Seven Heads expanded into a boutique independent record label and management company. Music from the Seven Heads roster was included in HBO’s The Wire, the film Brown Sugar, and scored the theme to The Boondocks.

In 2005, Jackson founded the Brooklyn Hip-Hop Festival with the mission to create a world class event to honor hip-hop music and culture. The festival has hosted a range of amazing talent including Jay-Z, Kanye West, and Kendrick Lamar. In 2006, he created The Bodega Agency, which produces the Brooklyn Hip-Hop Festival, as well as serves as a multifaceted media company.

Jackson has taught at the City University of New York, and has consulted for Jazz at Lincoln Center, MTV, Grammy Camp, and VH1. A member of Omega Psi Phi Fraternity, Jackson is a proud father of three with his wife and business partner, Ebonie.

An award-winning market strategist, copywriter, designer, educator, and musician, Tucker’s career has included stints at advertising agencies in New York, Boston, and Providence, Rhode Island. In 1992, he founded The Tucker Group, an integrated marketing communication firm, to service nonprofit organizations, technology startups, automotive, retail, and hospitality companies. As an entrepreneur, he participated in the startup of Salary.com, Key Survey, and EyeCity.com.

Tucker plays woodwinds, still performs regularly, and is a regular guest lecturer at Berklee College of Music. In his spare moments, you’ll catch him on two wheels or two feet. Anywhere.

Will teach: finance and accounting, entrepreneurial and strategic management

After a long, successful, diverse career with international accounting firms and with publicly traded and privately owned companies in various industries, Miller brought his plethora of experience to the classroom. His ability to impart these critical elements of business to students focusing on careers in any industry, organization, or position is a mission he meets with passion and understanding.