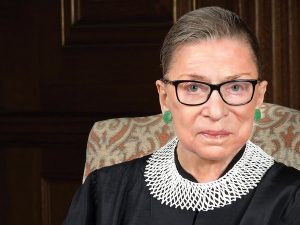 RGB, directed by Julie Cohen and Betsy West, will be shown on November 29 through a collaboration with the Boston Jewish Film Festival.

The Fall 2018 installment of the Bright Lights Film Series will showcase plenty of Emerson filmmakers’ work, as well as two new partnerships: one with all-woman traveling film festival LunaFest, and one with HubWeek, a weeklong celebration of art, science, and technology in Boston.

As in previous semesters, more than half the films screened by Bright Lights will be made by women, and the series remains committed to presenting films by people of color, queer cinema, and films addressing disability. Screenings are Tuesdays and Thursdays, 7:00-10:00 pm, in the Bright Family Screening Room, and are free and open to the public.

Four Emersonians will be on hand to discuss their films post-screening, beginning with Senior Distinguished Producer-in-Residence Linda Reisman, producer of Leave No Trace, on Thursday September 20. Leave No Trace, starring Ben Foster and directed by Debra Granik, is the story of a father and daughter who live in a nature reserve until the authorities catch on. Co-sponsored by the Independent Film Festival of Boston (IFFB).

On Thursday, October 11, director Heather Cassano, MFA ’17, will discuss her documentary, The Limits of My World, about a young man with severe autism who is facing the challenges of entering the adult world. Co-sponsored by IFFB and Reelabilities. 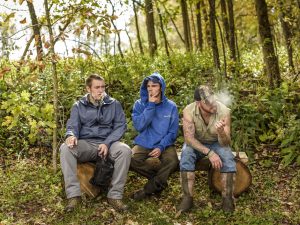 Oscar-nominated director and alumna Elaine McMillion Sheldon, MFA ’13, will screen and discuss her documentary Recovery Boys (above) on October 16.

The following Tuesday, October 16, director Elaine McMillion Sheldon, MFA ’13, will talk about her documentary, Recovery Boys, about four men who attempt to reinvent their lives and reenter society following years of opioid abuse.

Writer, director, and star Jim Cummings ’09 will discuss Thunder Road, a feature film based on his award-winning 2016 short of the same name. Thunder Road, about a police officer who raises his daughter as a love letter to his late mother, won the Grand Jury Prize at SXSW last March.

On Tuesday, September 25, LunaFest will screen a program of short films by women, followed by a discussion with a few of the directors. This year’s program will benefit Chicken and Egg Pictures.

Black Memorabilia, a documentary about the propagation of demeaning representations of African Americans at the intersection of international commerce, racial identity, and historical narrative, is being screened Tuesday, October 9, as part of HubWeek Open Doors. Co-sponsored by IFFB, and directed by Chico Colvard, who will speak after the film. 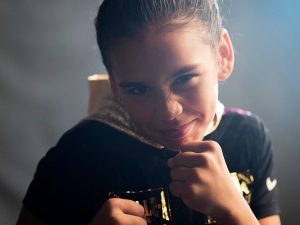 Bright Lights is screening a number of other acclaimed documentaries co-sponsored by various local film festivals.

Generation Wealth, Lauren Greenfield’s portrait of a materialistic, image-obsessed culture, will be screened Tuesday, October 2, followed by a discussion with Greenfield and Assistant Professor Maria Agui Carter. Co-sponsored by IFFB and BJFF.

Half the Picture, about the dearth of women directors working in Hollywood, will be followed with a talk by director Amy Adrion on Tuesday, November 13.

Won’t You Be My Neighbor?, Morgan Neville’s dive into Fred Rogers and his seminal children’s program, will be screened on Tuesday, November 27, and discussed by the film’s producer, Nicholas Ma. Co-sponsored by IFFB. And RGB, about Supreme Court Justice Ruth Bader Ginsberg, will be followed by a faculty-led discussion on Thursday, November 29. Co-sponsored by BJFF.

The series opens Tuesday, September 18, with John Cameron Mitchell’s How to Talk to Girls at Parties, co-presented by Wicked Queer.

For a complete schedule of films with descriptions, visit the Bright Lights web page.

School of the ArtsVisual and Media Arts