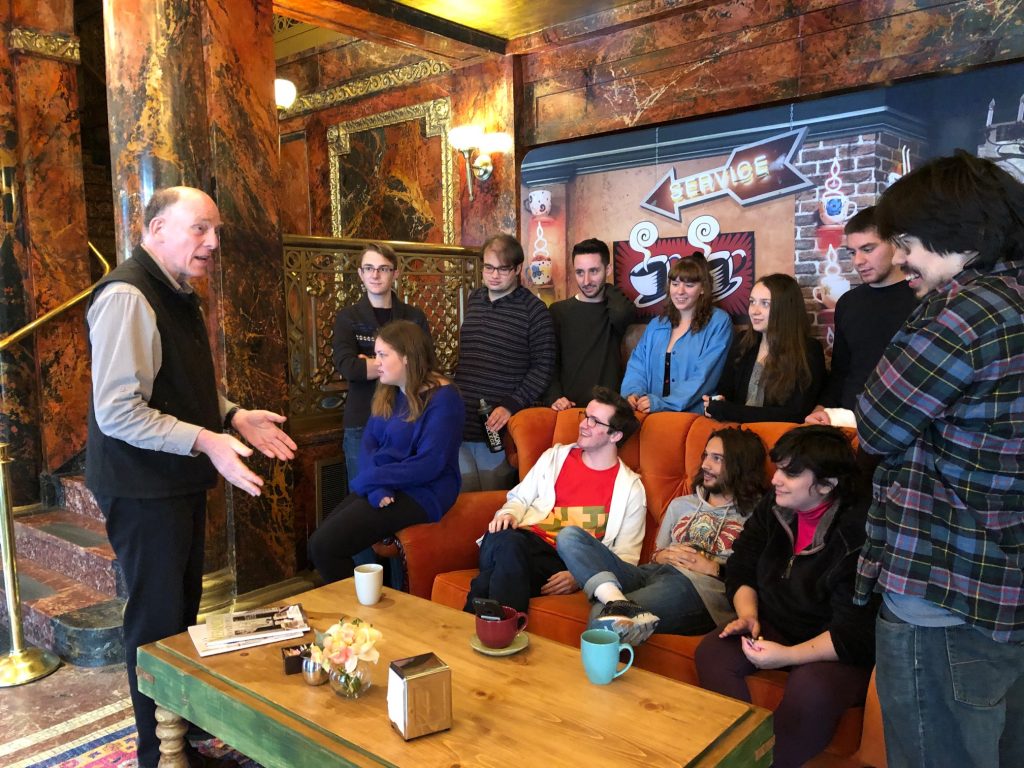 Professor Tom Kingdon talks about how the TV show Friends was produced while visiting a replica set at the Cutler Majestic Theatre on September 19, 2019.

Students from Professor Tom Kingdon‘s Elements of Sitcom Production class quickly tried out their Chandler Bing imitations while visiting the replica set of the beloved sitcom Friends on display at the Cutler Majestic Theatre on Thursday morning.

While someone’s cellphone played the Friends’ theme song, students sat on and around the burnt orange couch as Kingdon explained the full layout of the set, describing chairs and the coffee bar.

“Artificial sweeteners were a thing in the ’90s?” joked Nate Shu ’21, as he looked at the coffee table of the Central Perk set.

The replica set is at the Cutler in celebration of the 25th anniversary of Friends through September 23, thanks to two Emerson alumni, Trustee Kevin Bright ’76, who executive produced the show, and Warner Bros. TV Chief Marketing Officer Lisa Gregorian ’83.

“We dissected it to see how things change from the page to the show,” said Cole Randall ’20.

In class, students learned about the initial pitch of Friends — how it was a very generic premise, but that the characters were very fleshed out, said Ryan O’Rourke ’20.

The replica set, one of several touring the country to celebrate the 25th anniversary, also is open to the public, and several visitors came in to check out the set, snap photos, and carry on.

In between classes, Nicole Poitres ’21 came in to snap a photo of the set for her friend and her mother, who are big fans of the show.

“My friend is going to think this is so cool, and she thinks it’s really cool that Kevin Bright is an alum,” added Poitres.  “I like watching reruns of it.” 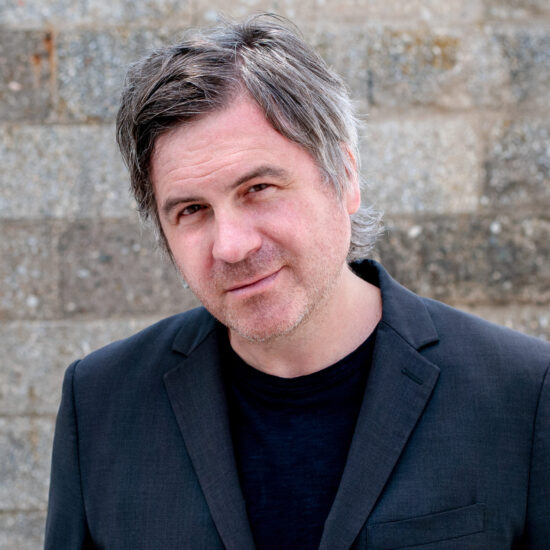