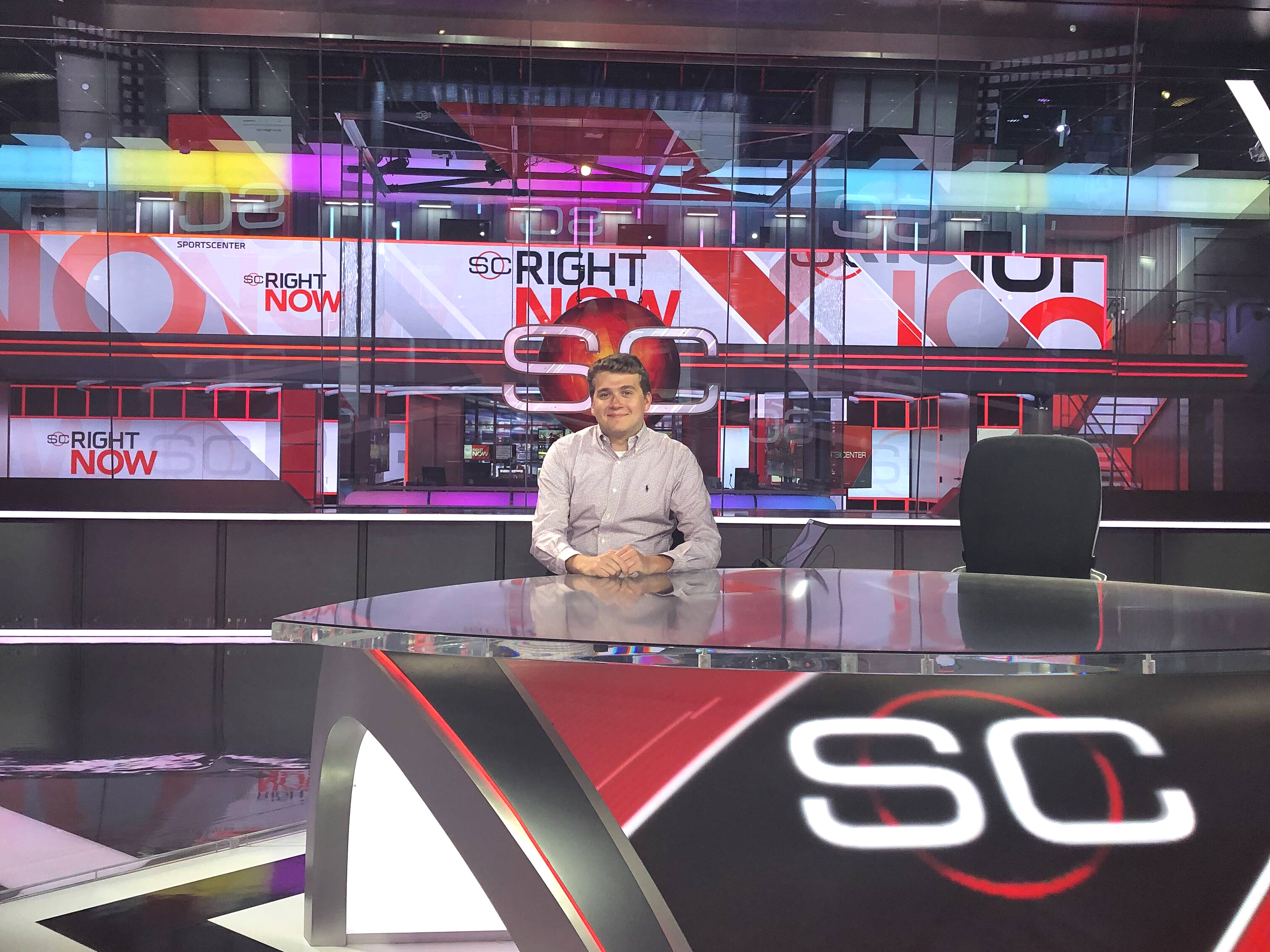 See how some SOC students put their Emerson education into practice this summer:

The world’s leading global sports media brand chose Emerson Sports Communication major Zack Tobias ‘20 as one of its communications interns this summer. Zack’s job was to help craft both internal and external stories for this multimedia sports and entertainment juggernaut.

Tobias, from Old Saybrook, Connecticut, spent his summer in the public relations office at ESPN headquarters in Bristol, Connecticut, not too far from his hometown. Throughout the summer, Tobias’s tasks involved working on a press release to announce a new show on ESPN+, pitching stories to journalists across the country, writing intern profiles, social media coverage of live events, and creating infographics and social cards. One major highlight was Tobias’s chance to conduct an on-camera interview with University of Miami head football coach Manny Diaz.

“I pursued this internship because I have always wanted to work in sports media, and ESPN is a giant in that field. It is an innovative network that is always looking for new ways to reach sports fans,” Tobias said.  “It is always rewarding when you complete a project and finally make it public under the ESPN name. I work in a department of great people that want to see me succeed. I came into this job well prepared because of what I learned at Emerson.”

According to Tobias, his Emerson education enabled him to properly format press material, and also edit video and use Adobe Creative Suite.

“A lot of people at ESPN have Boston roots, so Emerson’s connection with the city is valuable when networking,” said Tobias, adding he’s excited for this fall’s class on podcast production, which he knows is a rapidly growing way to consume news and entertainment.

As for the future, Tobias hopes to continue working in sports communication, whether it’s part of a large network such as ESPN, a team in a local market, or an agency.

Tobias’s advice for fellow students: “Use your youth as an advantage. Companies are constantly looking for new ways to reach our generation, so if you are vocal about ideas and suggestions, it could go a long way to make you stand out… Also, being able to observe other jobs can get you on the path you actually want to pursue.”

Recognized among the best city magazines in the nation, the monthly publication Boston Magazine recruited the help of Jasmin Weiss ‘20 as an event marketing intern. 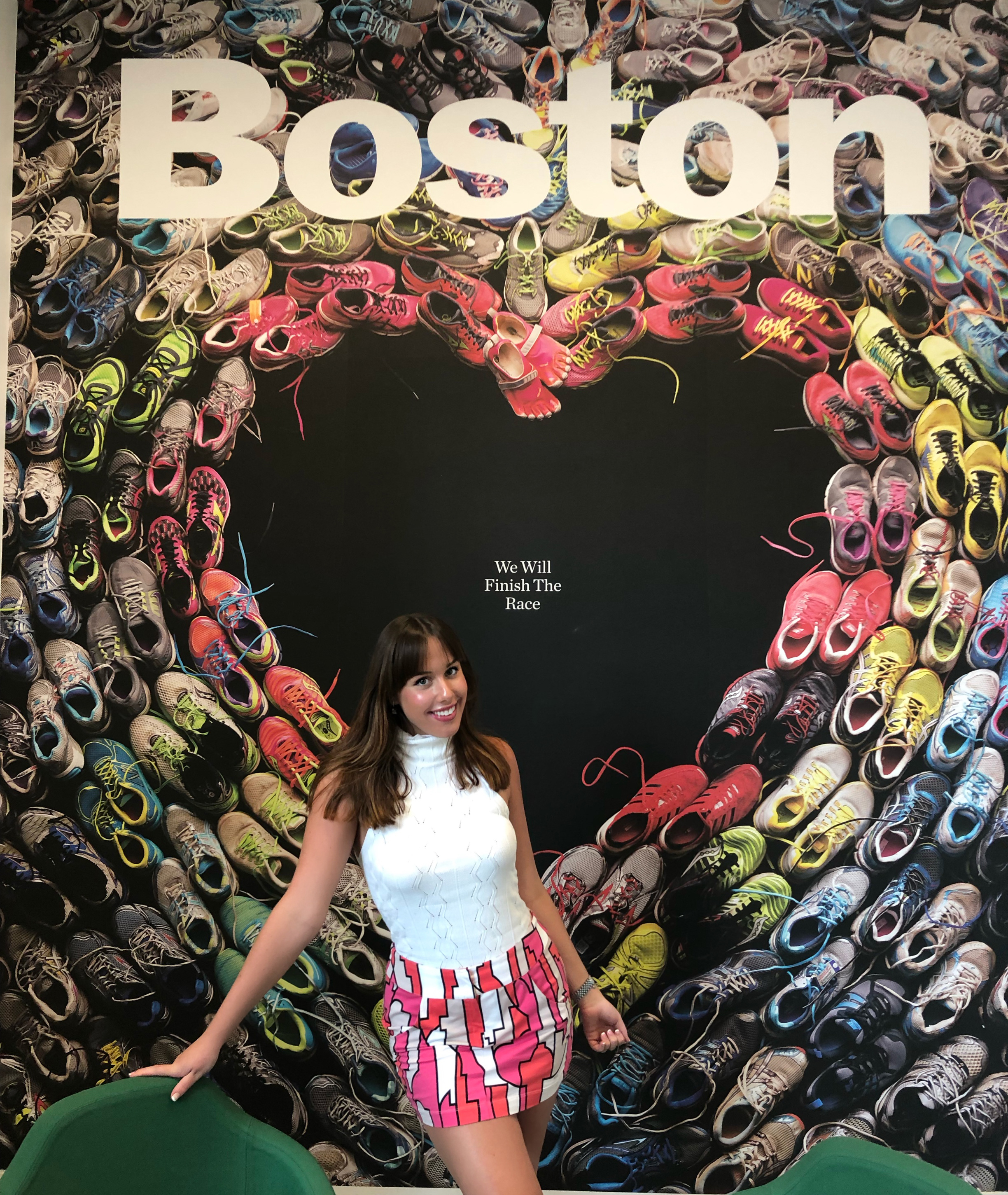 The Communication Studies major made it her mission this summer to help Boston Magazine’s events team maintain an attractive social media presence in order to entice an eclectic audience to the publication’s many engagements.

“Since our events are vastly different, from rock climbing to wedding dresses to burgers, I was always trying to target and market to a distinct audience, which required a lot of research and writing,” the Palm Beach, Florida, native said. While her summer office at the magazine was located on the border between Back Bay and Fenway, Weiss’s internship required her to travel to countless areas in Boston.

Prior to the internship, Weiss was excited to fully immerse herself in a marketing and event planning magazine environment, and Boston Magazine had been her first choice. Fortunately for her, she had what they were looking for: being detailed oriented, enthusiastic, independent, organized and a strong communicator.

“The biggest reward of the internship was making people happy. It was such a joy to look around at an event and see the vendors highlighting their craft and the guests enjoying the experience,” Weiss said. She added that she is double minoring in Public Relations and Sociology to better understand her audience, their needs, and how best to target them.

“Ultimately my belief was reinforced: That we collectively have to work longer and harder not to hit a brick wall when creativity and inclusivity are at stake.”

Moving forward, Weiss is excited to return to Emerson and to resume her role as social media chair and historian for Emerson’s chapter of the Public Relations Student Society of America (PRSSA).

Weiss’s advice to fellow students: “Do not shy away from tasks or projects that are unfamiliar. Just remember, you can, you will, and you must.” 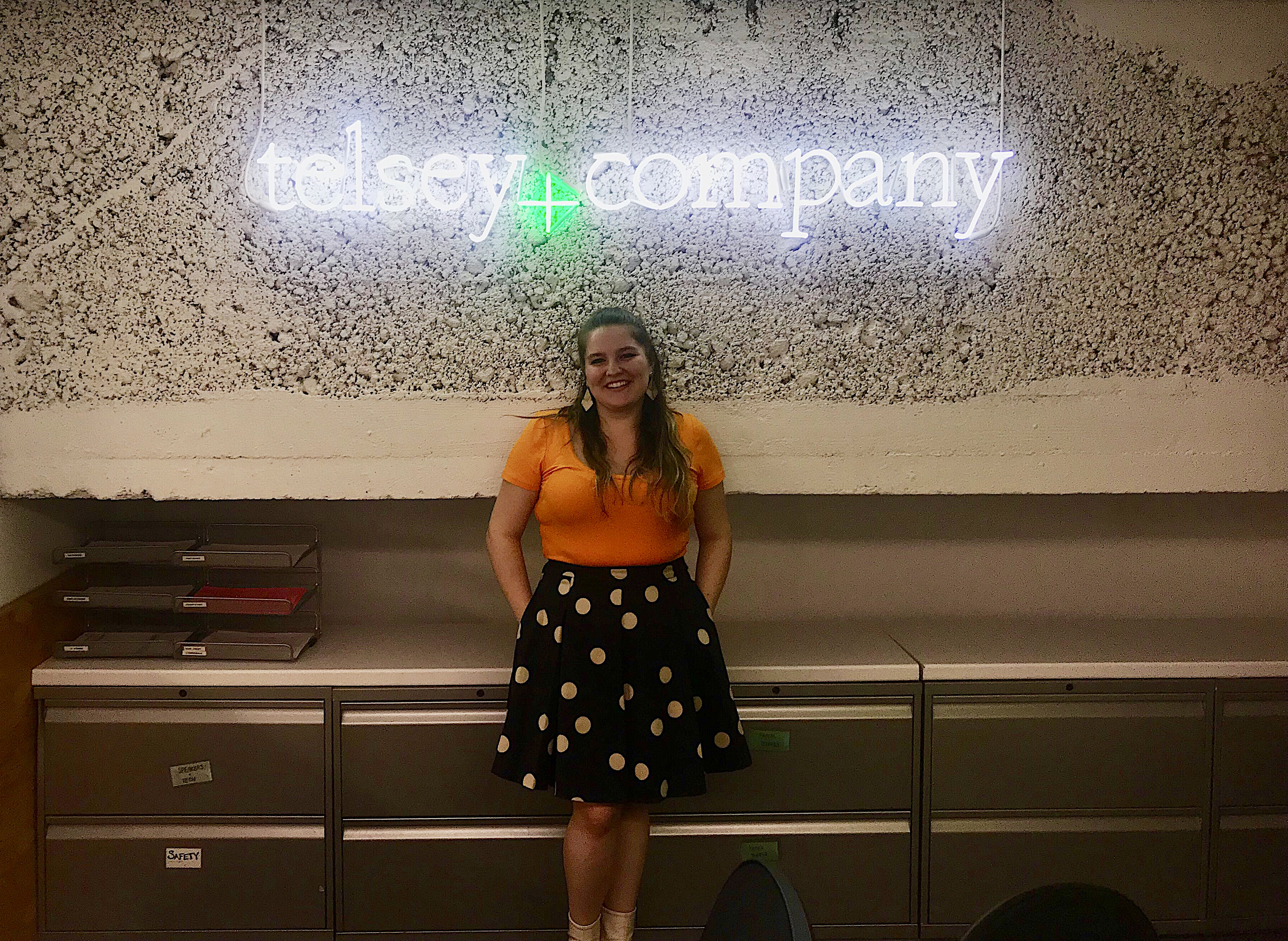 Located in New York City and Los Angeles, and with international clientele, Telsey + Company inspired Grace to relocate from her home in Duxbury, Massachusetts to Brooklyn to work as one of the casting interns in the agency’s on-camera department. Goodell’s work included typing schedules for casting sessions, printing headshots and resumes, filming casting sessions, and researching for new projects. She also assisted the casting assistant, associate and director.

“I pursued this internship because I’m really interested in the entertainment industry and casting is a really interesting aspect. I’ve learned so much about casting and I think this internship will prepare me to be a good candidate for a casting job after college. We’re able to learn so much in a hands-on experience and that’s an incomparable experience,” Goodell said.

“Emerson helped me understand the qualities of a good work ethic. It also helped me to understand aspects of the industry I might not have understood without my BCE education.”

After graduation, Goodell plans to further her understanding of the TV and film industries.

Her advice to other students: 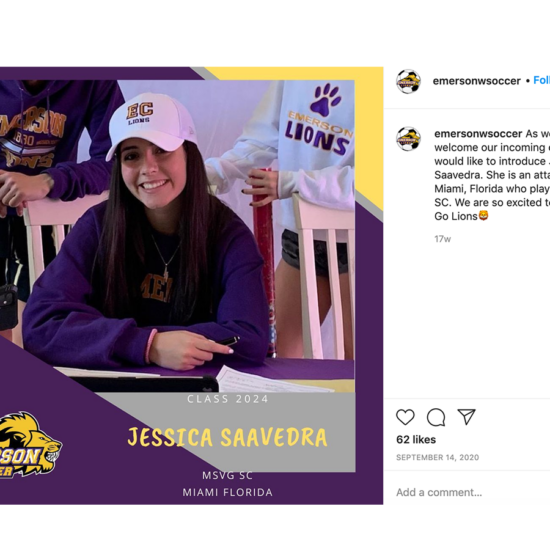