More than 120 students, alumni, and industry professionals attended the inaugural 6 in 60: Emerson College Industry Film Showcase at the Ray Kurtzman Theater at Creative Artists Agency (CAA) on April 23. During the evening, six alumni films specially selected by a committee were screened followed by a reception, allowing attendees to network and build connections. 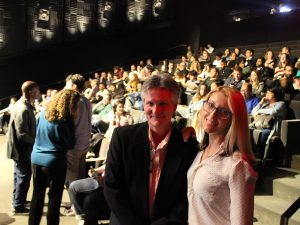 “I’m really excited we found a way to give opportunities to alumni,” said Aimee Rivera ’07, who started working with a committee of alumni in the fall of 2018 to plan the event. “It’s a great way to show off their skillsets and build relationships.”

Other members of the alumni planning committee include Richard Arlook ’83 and Jason Beck ’97. They worked with Melinda Valente ’97, MA ’99, Emerson LA’s associate director of alumni engagement, and Jim Lane, senior scholar-in-residence, to coordinate and produce the event. Alumnus Michael Katcher ’87, an agent at CAA, helped secure the Ray Kurtzman Theater at CAA to host the showcase.

Fifty films were submitted to the showcase and whittled down to six. The shorts that screened were Shraddha by Jasraj Padhye ’18, Jimmie O’Brien Masterclass Parody by Paul Boese ’92, The Privates by Dylan Allen ’04, Black Canaries by Jesse Kreitzer ’07, Boxed by Wanjiru Njendu ’03, and Malacostraca by Charles Pieper ’09. 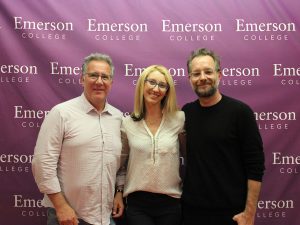 Among the filmmakers who attended was Wanjiru Njendu ’03 who directed and wrote the film Boxed, which depicts the true story of a slave who mailed himself to freedom.

“To come back to Emerson was like coming back home,” said Njendu, who shared a story about how she met with actress Karyn Parsons (Hilary, The Fresh Prince of Bel-Air) at an event, discussed Henry “Box” Brown, and was inspired to create a short based on his life that same night. “Emerson is family to me.”

Njendu, like many of the other filmmakers, expressed excitement at having her film screened at CAA. After the event, she and other filmmakers were able to connect with industry professionals and set up future meetings.

“To be able to be here and present this film in this space means a lot,” said Njendu, who brought some of her crew with her to attend the event.

Dylan Allen ’04, director and writer of The Privates, and Eddy Vallante ’04, producer of the short, flew in from New York to attend the event and take meetings. 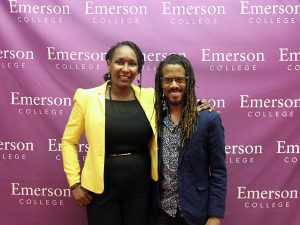 Wanjiru Njendu ’03 poses with her cinematographer Bongani Mlambo at the 6 in 60: Emerson College Industry Film Showcase at the Ray Kurtzman Theater at CAA. Photo/Daryl Paranada

“Dylan and I are really thrilled to be able to celebrate this movie with Emerson and CAA,” said Vallante. “Most of our key crew was comprised of Emerson alumni.”

The Privates is about a band that struggles with a radioactive energy in their music that they can’t control, which blows up amps, liquefies tape decks, and starts electric fires. Allen was inspired to create The Privates after watching the real-life rock band with the same name perform a show one night. Both he and Vallante played in bands growing up.

“It’s fantastic that CAA is hosting this great showcase,” said Pam Abdy ’95, head of the executive team at the production company Makeready. “It’s nice to watch other alumni be rewarded for their work.” 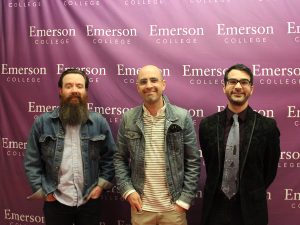 “Making a film in Iowa and living in Vermont, even having access to the industry is something that’s frankly very unfamiliar and foreign to me,” said Kreitzer, who is currently working on a film about an underwater search during the Great Mississippi Flood of 1927. “I was incredibly excited to be part of the audience and introduce the film.”

Sitting in the audience enjoying the screening were future Emersonians Hailey Freedman and Daniel Calderon, high school seniors based in LA who attended the showcase hoping to get a glimpse of Emerson talent.

“I’m really excited to see Emerson work and see how strong the [Emerson] Mafia really is,” said Freedman, who plans to major in Theatre and Performance.

“I’m getting a taste of the skills I’m about to learn,” added Calderon, who plans to major in Visual and Media Arts.

If you’re interested in viewing select films from the showcase, please send an email to Melinda_Valente@emerson.edu with the name of the film you would like to watch. 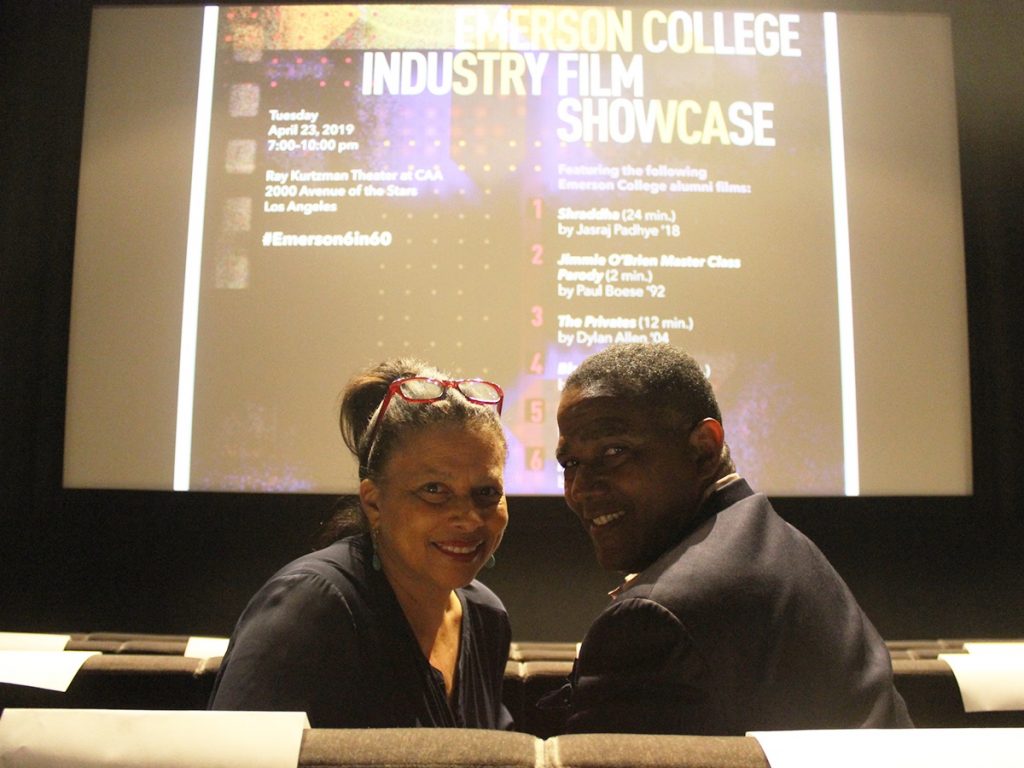 Nanci Isaacs ’79, co-vice president of the Emerson College Alumni Association, and her husband Kelvin W. Garvanne pose for a photo at the 6 In 60: Emerson College Industry Film Showcase. Photo/Daryl Paranada