Imagine putting a short film together in just five hours.

Seven Emerson Los Angeles students had that opportunity when they participated in The Instant Film Festival, an event created by the Motion Picture Television Fund (MPTF), a nonprofit organization that aids people through the financial uncertainties of life in the entertainment industry by providing them with services like healthcare and retirement living.

Emerson students took a van to the MPTF campus in Woodland Hills, California, early in the morning of March 2. At the start of the event, students were split into teams made up of volunteers and MPTF residents, with each group containing one industry leader serving as a mentor. Each team member was involved in coming up with a concept using the prompt “We all play our part,” and had five hours to shoot, act in, and produce a 1- to 5-minute short using a smartphone. 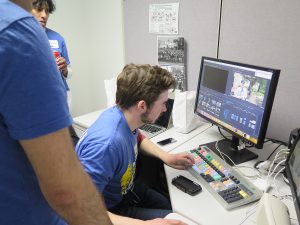 “I loved the spontaneity of the event and how we were put into groups with total strangers to create something over the course of five hours,” said Michael McGinty ’19, a Visual and Media Arts (VMA) major. “By the end of the day, we developed a strong bond.”

The partnership was spearheaded by Emerson Trustee Dan Cohen, president of Worldwide Television Licensing & Distribution at Paramount Pictures, who helped connect MPTF with the College.

“We could not be happier,” said Jennifer Clymer, director of media at MPTF. “This is the beginning of a beautiful partnership.”

Students had the opportunity to work closely with industry professionals and other volunteers, including MPTF residents, an older demographic who used to work in the entertainment industry. This dynamic allowed students to hang out with and work alongside people from a much different generation. This was something that Cyrus Wu ’19, a VMA major, loved about the event.

“You don’t often get the chance to work alongside older people,” said Wu. “It gives you a better perspective on the work that we do.”

VMA major Samuel Martin ’19 said the event was a welcome opportunity to step outside of his comfort zone.

“It gave me an opportunity to converse with industry professionals in a casual setting,” said Martin, stating that he valued the experience. 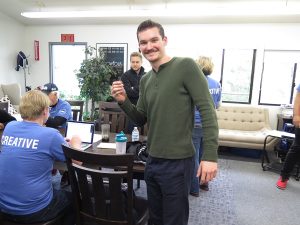 Patrick Koitzsch ’19, a VMA major, was named most valuable volunteer by his teammates at the Instant Film Festival. Photo/Mikhail Gershovich

After the films were completed, a panel of judges chose a winner. McGinty was part of the winning team. His team created a short about a film crew making a movie with an abusive director who puts her stunt doubles at risk without proper safety precautions. The short got big laughs.

“I wanted to come to LA and try my best to be on a set every week, and make a habit of it,” said McGinty, who edited the short. “I am glad I put myself out there.”

Along with announcing a winning film, individual members of each team were also recognized. Patrick Koitzsch ’19, a VMA major, was named Most Valuable Volunteer by his teammates.

“The festival was a ton of fun and I greatly enjoyed being able to work alongside different generations of our industry,” said Koitzsch.

According to Dr. Mikhail Gershovich, Emerson LA’s academic director, the event was a big success. Gershovich participated in the event with his 11-year-old son, who acted in one of the shorts, maybe sparking an interest in an Emerson College education down the road.

“We were honored to take part in such an intensely creative project, not only because it was a valuable experience for our students, but also because it opened the door to further collaboration with this important and storied organization,” said Gershovich.

“Community engagement is a core value for both Emerson LA and Emerson as a whole, and we are excited to partner with the MPTF to further integrate volunteerism and civic engagement into the ELA experience in a way that advances both their mission and our students’ professional development.” 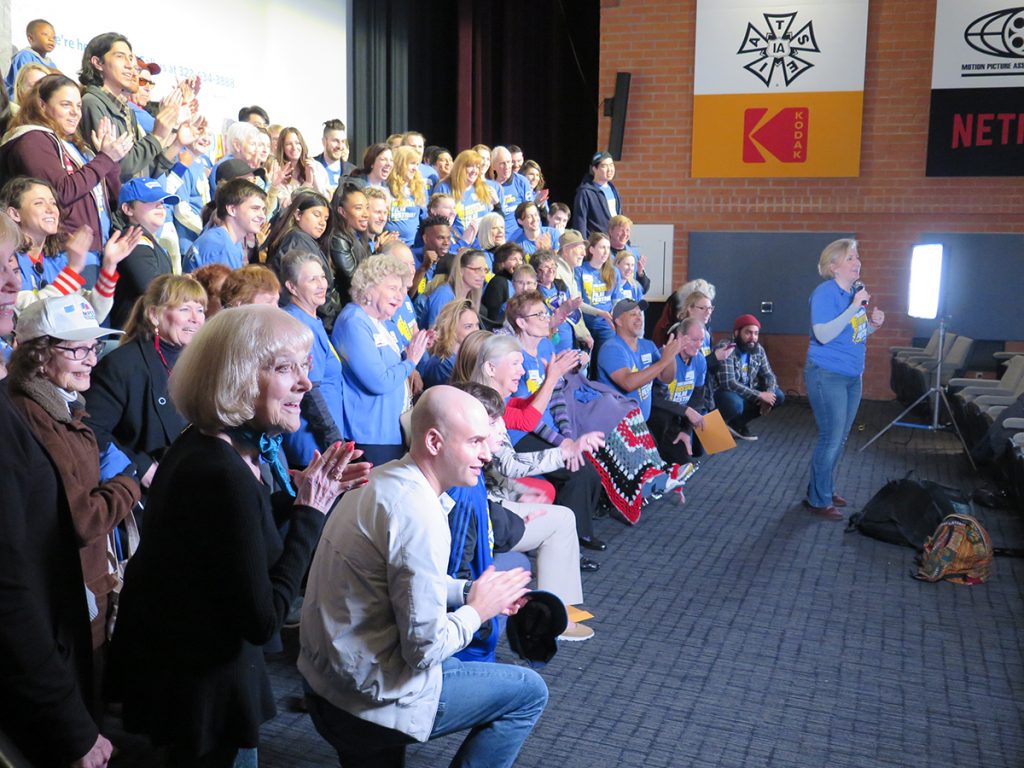 Jennifer Clymer from the MPTF speaks to the crowd during the Instant Film Festival. Photo/Mikhail Gershovich 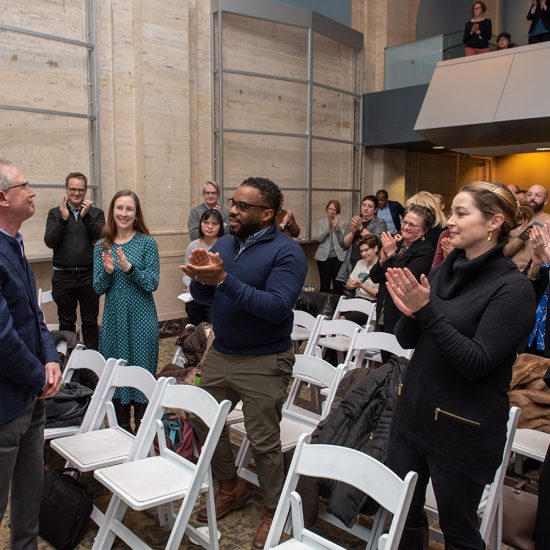