Sara Hathaway addresses the crowd during the School of Communication’s “Authentic Encounters” event on November 30, part of the School’s First-Year Initiative. Photo/Molly Loughman

A conversation can change a life.

During last month’s “Authentic Encounters,” the Emerson community gathered at Center Stage to address the value of everyday communication through students sharing their stories and reflecting on the impacts of conversation and human interaction.

The event was a part of the School of Communication’s First-Year Initiative, and featured first-year student speakers Carolina Alcantara, Kira Carlton, Sara Hathaway, and Isabelle Townsend. Moderating the event was Deion Hawkins, who teaches in the Communication Studies Department.

“I love the idea of conversations, and reflecting is such an important thing – I feel like it’s something we often forget to do,” said Alcantara, a  Business of Creative Enterprises (BCE) major. “Even the idea of this [event] made me start to actually think back to conversations I had and actually weed out what was meaningful to me. I got to think about people I hadn’t in a while. It was something that resonated with me.

“And once again, I was able to share something I love to do, which is write.” 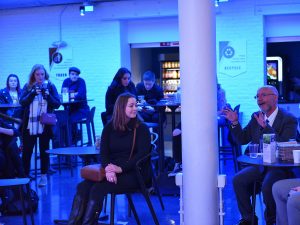 Welcoming attendees was School of Communication Dean Raul Reis, who explained the informal, friendly event was intended to encourage students to reflect on the influence of in-person conversations, rather than letting communication technologies prevent them.

Following the presentations, one student questioned how the panelists think the rise in social media use has affected in-person conversations.

“The negatives are that even though I had social media, I still craved the connection that I could have with an audience, friend, with someone at a bus stop – I wanted that connection… I think social media is one of those blocks that can give you comfort, but something you know you’re going to have to jump over.”

Hawkins said that one thing to note in today’s social media landscape is that there are a lot more stories being told from communities that previously did not have as many avenues to do so. For example, in recent years, mass attention has surrounded the transgender and gender nonconforming communities, as well as the subject of police brutality – in large part because of the prevalence of social media. 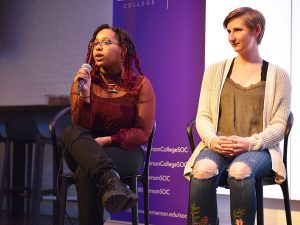 Reciting a powerful speech about the influence her late father had on her and her self-assurance was Kira Carlton, a BCE major who admitted there had been a learning curve for her when it came to public speaking. However, the School of Communication’s “Authentic Encounters” provided an opportunity to build upon that confidence and openness, she said.

“I think it’s really important to just be your most genuine self at any time. It was interesting doing this because I don’t do a lot of spoken word, so it was cool for me to get out of my comfort zone to do something like this,” said Carlton. “It helped me do a lot of reflecting and think about what stories I could tell that would mean the most to other people.” 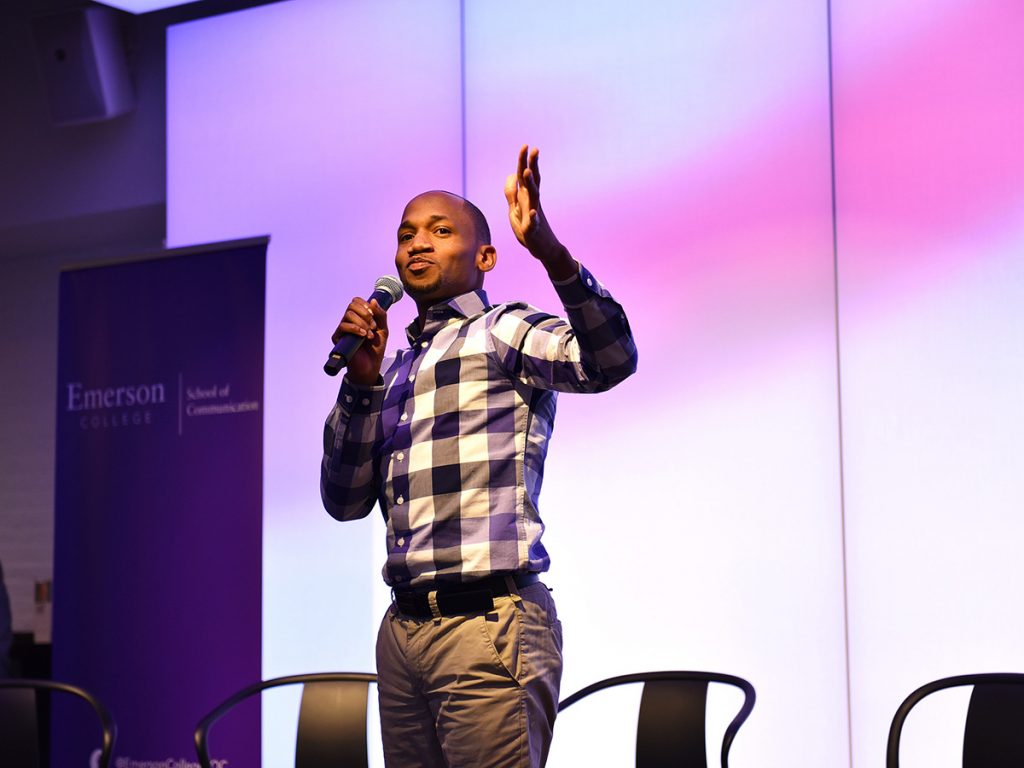