Alum George Watsky ’10 is always thinking outside of the box. So what did he do when his long-planned tour was postponed due to the pandemic? He came up with an inventive way to raise money for COVID relief, his band, and musicians in need. He broke the Guinness world record for longest freestyle rap on May 7.

Q: What was it like leading up to the record?

Watsky: I was feeling a lot of stress and pressure from the cancelled tour. We hadn’t messaged fans about what refunds would be. I felt responsible for the lost work my band had.

Q: Why did you want to freestyle rap for 33 hours?

Watsky: I can’t say I ever had the goal to do it. It came out of necessity. It was a solution to a problem. And the problem was the tour was postponed and I needed to take care of people. This was an idea to raise a bunch of money and get people’s attention. I thought we could do it and it would be really fun and people would get on board for it. It never crossed my mind before the COVID situation.

Q: How much money was raised? And where is it going to?

Watsky: We raised $147,000, and it’s been being split between Sweet Relief, our charity partner, which is looking out for musicians in need with disabilities, and aging musicians. So it’s a natural partner. And then the bulk of it is going to my band and crew for the tour that didn’t happen. We created a fan fund for people who couldn’t get refunds and opened up an email account (for them to request refunds). I committed $10,000 to seeding that, and that’s going to pay all those requests.

Watsky: We’re confirming that Guinness will certify it a at 33 33 33. I have an album series I’ve been working in going back a few years, built around threes, trilogies, and my albums have nine tracks. And I believe in three-act storytelling, having a beginning, a middle, and an end. I wanted this personal meaning about it.

When you approach 33 hours 33 minutes 33 seconds, breaking a world record for a good cause. Bravo @gwatsky! GO TO SLEEP! 👏🏽👏🏽👏🏽 pic.twitter.com/K5uxj9Xtrr

Q: How long had you thought about trying to break the world record for longest freestyle rap?

Watsky: Three weeks to a month ago. It came out of conversations with my band and manager about the most impactful thing we can do on a livestream. It’s hard to do a live concert with a band because we’re all in different places. I thought I should just do something that is compelling and in front of a camera for a long time. I heard the freestyle record has been broke every few years. I thought I could rap for a long time. I had the motivation to do it.

Q: And you had never freestyled rap for more than several minutes before this? How long was your previous longest freestyle?

Watsky: Probably less than 3 minutes. I’d gone for a long enough time that I knew coming up with rhymes wasn’t a problem. It was going to be a stamina issue. I never wanted to do a rapping marathon and never will again.

Q: How’d you keep coming up with rhymes?

Watsky: It’s convenient that’s just the way I think naturally ever since I was an elementary school kid. There’s a thing that switches in my brain that thinks about things that rhyme with words. I really enjoy rhyming. I have a mental Rolodex that rhymes with everything. Coming up with the rhymes wasn’t an issue. There isn’t an infinite number of words in the English language that rhyme. I went through the Scrabble dictionary twice.

Q: Did you learn new words?

Watsky: I did learn new words. But I couldn’t really read definitions closely while I was going.

Q: Find any rhymes you’ll be using in the future?

Watsky: That’s a good question. I like the idea of going back and picking through the bones of what I did. I think there were some funny things I said. There was a fan transcript that was going on, that was a group editing. It’d be cool to see them rerecord the best ones on a mix tape.

Q: Did find yourself talking about certain topics?

Watsky: It had to be totally free association because I couldn’t stop. The only way to keep going was to trust my brain and I’d follow. I basically spilled my entire biography and everything I think about in the course of doing it. I talked about religion, my family, politics, growing up in San Francisco. It ended up being the clearest window into how I think and who I am.

Q: How did Guinness verify that you set the world record?

Watsky: I’m working on it right now. Have to upload 48 gigabyte files to a website, and they require a lot of documentation to make sure we’re not disqualified for a certain rule they have. We have to get a whole bunch of evidence and then have a review process and then they’ll send us a certificate and it will be official.

Q: What about going to the bathroom?

Watsky: For pee breaks I have a bathroom right next to where I was rapping. We had to have the door open and bathroom visible in a wide-angle shot we are providing to Guinness. We had a wired mic in my shirt. I was drinking a lot to hydrate and had to go to the bathroom. I had a more serious call to nature, and took a 15-minute break, and then got back to it. That’s sanctioned.

i am attempting to rap for 33 straight hours to raise money for covid relief. watch now on my FB, youtube or twitch. if i don’t make it tell mom & dad i loved them pic.twitter.com/i3SRiVriZX

Q: Who else was there?

Watsky: My girlfriend Amber, who goes by artist Mija, and manager Jeff O’Neill, my two quarantine mates in Los Angeles. I couldn’t have done this without them. They were with me the whole time, coming up with ideas, and making sure the stream didn’t crash. They were amazing.

Q: Who made the beats?

Watsky: I worked with friends who were producers and didn’t want to be hit with copyright infringement for established beats. I hit up all my friends I’ve worked with for 10 years and told them I’m looking for beats at 80 bpm. I started gathering them and had 34 beats and each played for an hour.

Watsky: I have a lot of perks and donation perks to fulfil. At the $33 level was a doodle or a voice memo – 1,100 of them. I’m going to do that [May15-17]. I’m going to do another marathon and watch a lot of movies. I’m going to make sure the band and crew get paid out properly, tie up all the loose ends, and then get back to teaching myself guitar and working on other writing projects.

Q: And what if someone breaks your record?

Watsky: More power to them. I’ll be happy for them. Especially if they do it for a good cause. Records are meant to be broken.

Watsky: The tour is back up on sale for spring 2021, and if it doesn’t happen, they’ll get refunded. And my Placement album came out before COVID. I’m really proud of it.

A Virtual Surprise for the Class of 2020! 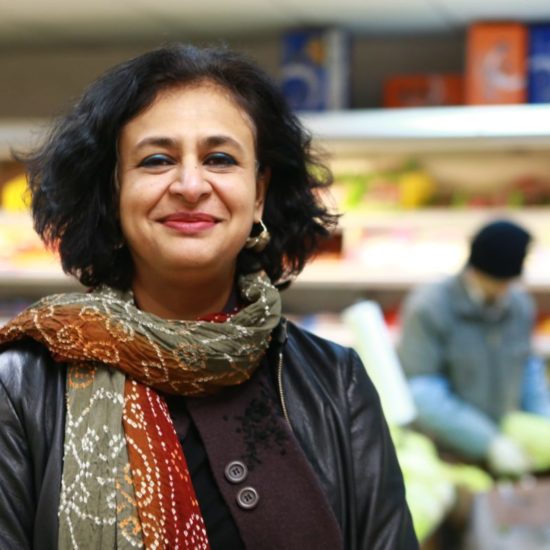 Srinivas on History of Ice: The Conversation