Emerson College has signed on to an amicus brief supporting various cases before the U.S. Supreme Court that challenge the Trump administration’s decision to rescind Deferred Action for Childhood Arrivals (DACA).

The College and President Lee Pelton join more than 130 institutions in 31 states in signing the brief, led by the Presidents’ Alliance on Higher Education and Immigration and drafted by law firm Perkins Coie.

“Every student, regardless of immigration status or country of origin, deserves the opportunity to pursue higher education, and every institution of higher learning is made stronger by the diverse experiences and perspectives that these students bring to campus,” Pelton said. “Emerson College strongly supports DACA.”

This past summer, the Supreme Court of the United States announced it would consolidate numerous cases challenging the administration’s decision to rescind DACA, which allows roughly 700,000 young people brought to the United States as children to work and pursue a college education without fear of deportation.

The Alliance’s amicus brief argues that DACA allows hundreds of thousands of undocumented students to achieve academic success through expanded access to admissions, financial aid, and in-state tuitions. It also argues that DACA recipients contribute to campus diversity and cultural perspectives, and that rescinding it would harm higher education institutions.

Pelton, who joined the Alliance in December 2017, has been a strong advocate of DACA, which the administration announced it would rescind on September 5, 2017. That day, Pelton sent a letter to the Emerson community reaffirming the College’s commitment to undocumented students. The following month, he signed on to the Dream Coalition, a national, bipartisan group of civic, community, and higher education leaders who pledge to support DACA recipients.

Pelton also has signed on to a number of amicus briefs challenging the rescission of DACA, including one in support of Batalla Vidal v. Trump in the Second Circuit of the U.S. Court of Appeals, and one supporting the Regents of the University of California v. the Department of Homeland Security in the U.S. District Court Northern District of California in November 2017.

Prior to President Trump taking office, Pelton signed on to an amicus brief in the United States v. Texas, which saw Texas and 25 other states challenging DACA and Deferred Action for Parents of Americans and Lawful Permanent Residents (DAPA), both executive orders issued by President Barack Obama. 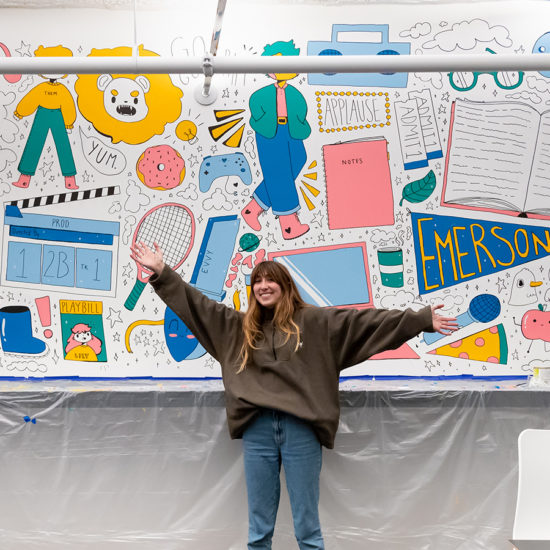