The four reasons include the fact that today, there are much shorter seasons and thus less screen time, fragmented audiences due to more outlets and options, “single-cam snobbery,” and the rise of the ‘dramedy’ and the anti-hero. 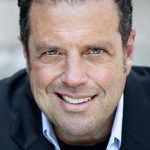 Emerson has close ties to the show, as Kevin Bright ’76 was an executive producer and director. Both Bright and Lisa Gregorian ’83 were instrumental in bringing a replica Friends set to the Boston campus from September 19-23 for free public viewings to celebrate the anniversary.

Read more about their “Friends” insights in The Conversation piece.