Connect with:
Subscribe
HomeNews & StoriesNo Matter Belief or Religion, New Center for Spiritual Life is For You
News & Stories
661 seen

No Matter Belief or Religion, New Center for Spiritual Life is For You 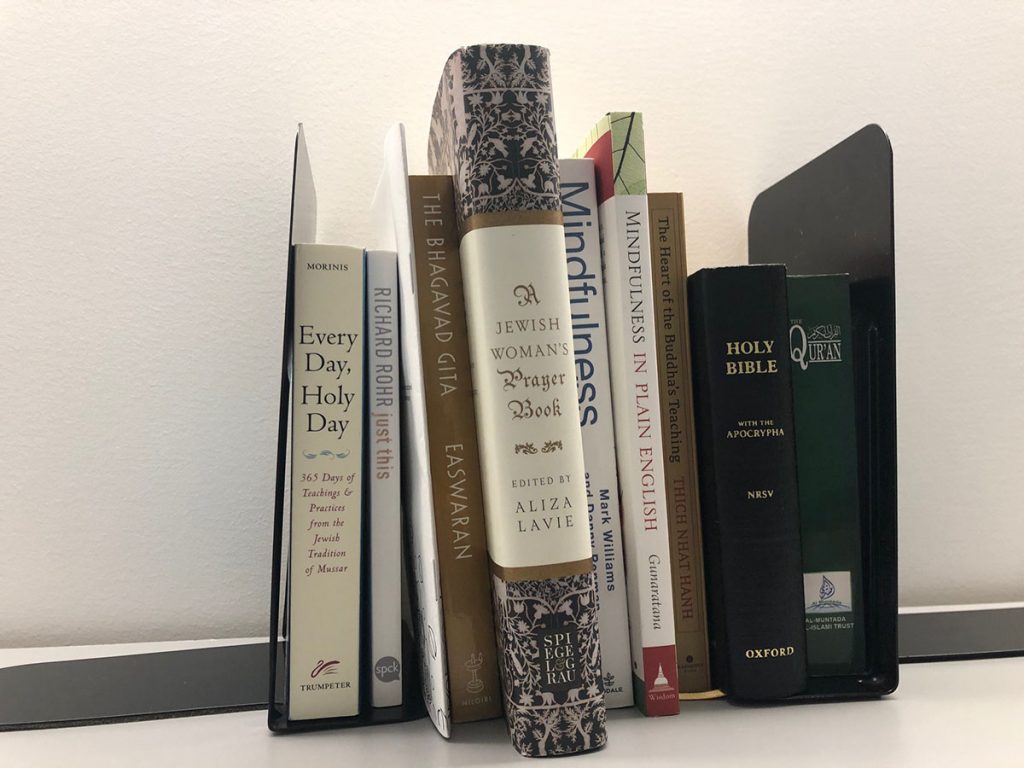 Books from numerous faiths are available at Emerson College’s Center for Spiritual Life.

The brand-new Center for Spiritual Life has a great view of the Boston Common from the fourth floor of the new student center at 172 Tremont Street.

You wouldn’t think that having a great vista would matter for a college spiritual center, but the new center is all about views – and accepting each other’s beliefs. 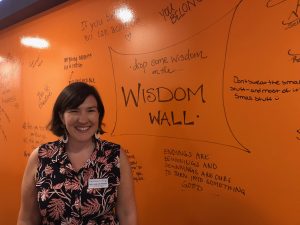 Director of Religious and Spiritual Life & Campus Chaplain, Julie Avis Rogers, by the wisdom wall in the Center for Spiritual Life.

“I think this new space lends itself to all spiritual orientations,” said Director of Religious & Spiritual Life and Campus Chaplain Julie Avis Rogers. “There are lots of windows. Instead of religious symbolism, we’ve got windows to open minds, and they are an escape from the city.”

The spiritual center offers a lot more space to students than its previous location, which was burrowed away in a basement. Now there is a “Wisdom Wall” to write on, a retreat area, and a prayer room; Rogers has her own office; and there is a shared space for three other religion advisors (Catholic, Jewish, and Protestant).

And by offering one-on-one conversations, retreats, lunches, and meditative gatherings, the center provides “spiritual nourishment” to the College’s campus.

There’s also an ablution room, which is used in some religions to wash one’s self before prayer.

“I’m culturally Muslim, so before we pray, we wash our feet, hand, and face,” said Ann Zhang ’20, who’s been the Spiritual Life commissioner for the Student Government Association for three years. People can also take a shower if wanted, as Zhang pointed out that there are different traditions from different religions around the world.

Zhang said she loves the new space, adding that it feels like they’re “on treetops” as they look down upon Boston Common. Zhang said that when the College was planning the design of the center, architects came to SGA meetings to ask for student opinions, and she can see elements of that feedback in the new center. 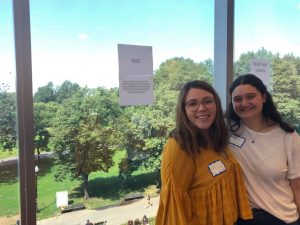 And the Spiritual Life Center is not only for those who identify with a particular faith. It’s about providing an inclusive space for all beliefs. 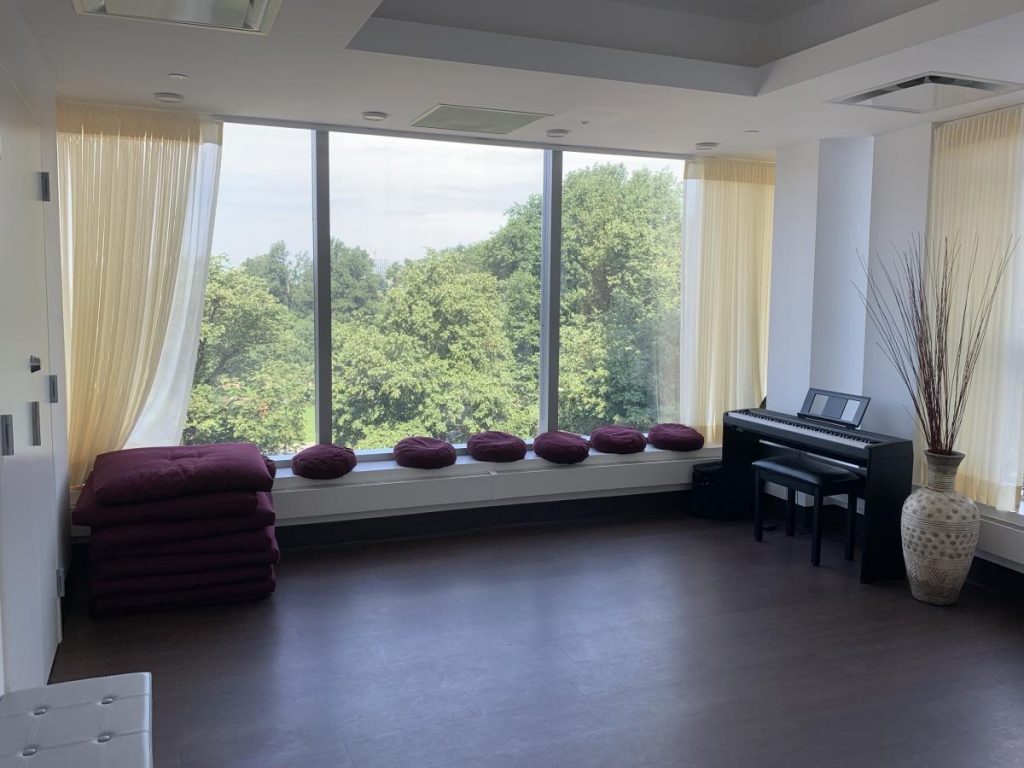 The reflection room at the Center for Spiritual Life at 174 Tremont Street.