Boston’s own WBZ NewsRadio 1030 moved their radio equipment to Emerson’s Bill Bordy Theater on the eve of Election Day for a Talk the Vote event, accompanied by an uproarious audience of Emerson College students and faculty. 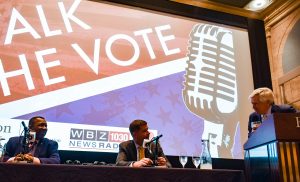 President Lee Pelton began with remarks, encouraging young people to vote. David Fadul ‘19, a Political Communication major, closed his opening remarks in saying that “not participating is not an option.”

Panelists went in-depth on a plethora of topics relating to the midterm election, ranging from the opiate/drug addiction crisis to the need for representation of people of color in public office. Kimball and Campbell also made it a point to break down Emerson’s polling system, discuss margins of error, and the cost of conducting the polls.

Each of the panelists, including moderator Rea, nodded to the work of Emerson student pollsters, noting that all of these students are volunteers.

Students directly active in Emerson Polling were not the only ones participating in the live talk. 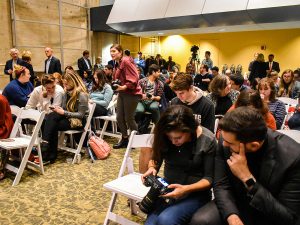 Alexa Bodner ‘21, a Political Communications major, interns with Mass Alliance, which is a coalition that helps gets progressive candidates elected. Bodner said she believes that this is “one of the most historic elections [she] will experience in [her] lifetime.”

Political Communication major Allison Valton ‘22, passionately believes in the importance of voting in the midterm elections.

“Voting is, in my opinion, the epitome of your civic duty as an American,” Valton said. “I think that people who don’t vote aren’t upholding their civic duty. The most important thing you can do as an American citizen is vote.”

Students like Journalism major Ross Fodera ‘21 and Political Communication major Erica Jones ‘22 place an importance on voting as a method of amplifying their voices.

Fodera, who is from Massachusetts, thinks that although the Bay State may be a ‘blue state,’ voting is meaningful because you still want to get your voice heard, he said.

Jones talked about the need for student votes, saying that, “for a lot of us young voters who are now able to vote, but were not able to vote two years ago, it’s a time for us to have our voice and show that even though we’re young, we still know what we want out of the country.” 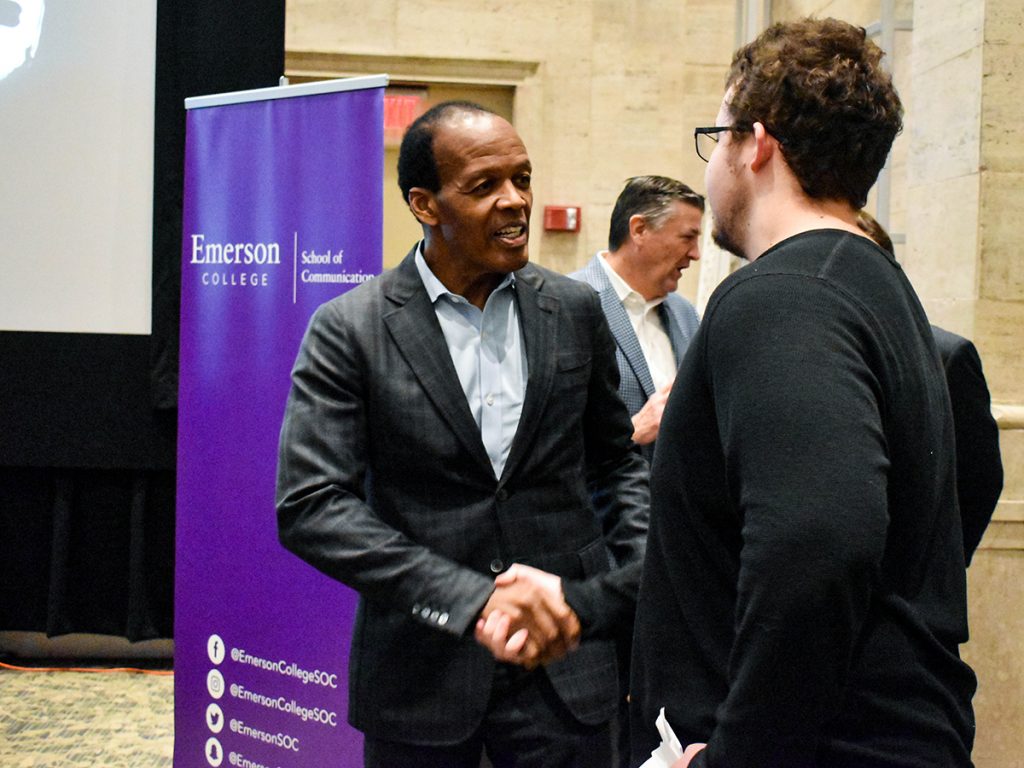