This new information about forests being altered by climate, not humans, in the distant past has lasting implications for how they could and should be managed going forward.

“Today, New England’s species and habitat biodiversity, including forests and open lands, are globally unique, and this research transforms our thinking and rationale for the best ways to maintain it,” Oswald said. “It also points to the importance of historical research to help us interpret modern landscapes and conserve them effectively into the future.

The study, “Conservation implications of limited Native American impacts in pre-contact New England,” was published in the journal Nature Sustainability. It was authored by archaeologists, ecologists, and paleoclimatologists at multiple institutions (Harvard, Binghamton, University of Wyoming and the Public Archeology Laboratory) including Oswald, professor of environmental science in the Institute for Liberal Arts and Interdisciplinary Studies and an associate at the Harvard Forest, Harvard’s center for research and education in forest ecology and conservation.

Oswald analyzed cores of sediment taken from New England lakes and ponds and identified pollen grains and charcoal fragments preserved in the mud. The sediment dated as far back as 14,000 years ago, and its layers yield insights into human impacts on their environment.

Archeological evidence shows two pre-colonial human population spikes in New England: one 4,000 to 5,000 years ago, and another larger one 1,000 years ago, Oswald said. It has been hypothesized that the second peak coincided with the arrival of corn in the region.

If Native people in New England were clearing forests and growing corn on a large scale to support a large population, evidence of farming, deforestation, and burning should emerge in the lake sediment from that time period.

What the study’s authors now believe is that large populations of Native Americans were able to thrive along coastal New England, largely by taking advantage of marine resources and hunting in the area’s thick old-growth forests. To supplement their diet, they may have cultivated edible plants on the side, but not enough to necessitate clearing large swaths of trees, Oswald explained.

“Ancient Native people thrived under changing forest conditions not by intensively managing them, but by adapting to them and the changing environment,” said archaeologist Elizabeth Chilton, co-author of the study and dean of the Harpur College of Arts and Sciences at Binghamton University.

Over the past several decades, many land managers – including government agencies and nonprofit land trusts – have embraced the belief that fire was the best tool to maintain biodiverse open land habitats and keep trees from taking over, just as region’s original inhabitants would have done. The new research, however, suggests this rationale is erroneous.

“So if Native Americans weren’t setting fires across the landscape, what’s the origin of the region’s open lands?  Our data show quite clearly that humans didn’t have major ecological impacts until the 1600s, when Europeans arrived, cut down forests, and started farming,” Oswald said. “Open land habitats weren’t created by fire, they were created by plows and cows.”

Oswald and his collaborators suggest that looking to the past provides lessons for managing the New England landscape in the future.  In some areas, forests should be allowed to mature without human disturbance, emulating their pre-colonial state. In other areas, active farms, orchards, and woodlots will foster open land habitats while providing food and other resources for local communities. 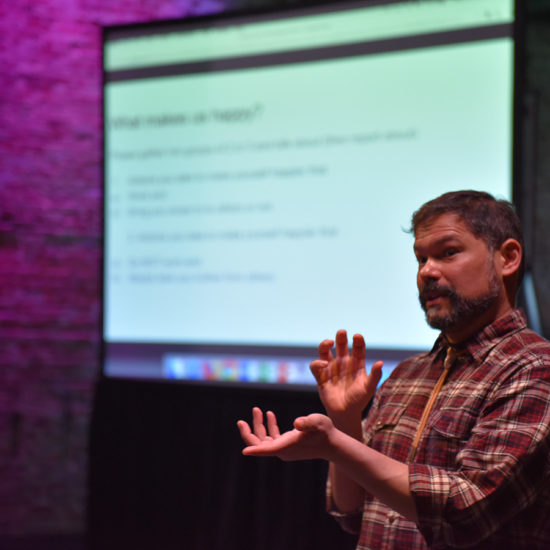