ESPN hosted its first-ever live Woj Podcast with the network’s Senior National Basketball Association Insider Adrian Wojnarowski on December 5 in Emerson’s Bobbi Brown and Steven Plofker Gym. Woj’s guest was Emerson alumnus and Oklahoma City Thunder General Manager Sam Presti ’00. Before the podcast, Presti spoke with Emerson Today about his time at Emerson, his success in the NBA, and what he does when he’s back home in Massachusetts.

ET: What do you do when you’re home?

Sam Presti: I’m a really nostalgic person so I spend a lot of time back where I grew up, in Concord and Carlisle. I drive around to a lot of the places I used to go, or friends’ houses. …. I just have a lot of gratitude for this particular area — the experiences I was afforded growing up, and certainly the history of New England, especially in Concord. I would say I have my own patterns when I come back. I spend a lot of time … trying to see people. I had breakfast with my [high school] guidance counselor, and freshman basketball coach this morning, and my band director.

ET: No kidding. What instrument did you play?

Presti: I hadn’t seen those guys in 20 years, but they both played huge roles in my life. I get to see [former Emerson College basketball] Coach [Hank] Smith all the time, because we work together.

ET: Do you ever visit Walden Pond?

Presti: Well, for sure. When you’re growing up, in Concord, as a younger person, you’re thinking about what happened two days ago and what’s going to happen the next day, and sometimes you miss the reality or the gravity of the history that’s around you. I drove by the Old North Bridge every day to go to school when I was a junior and senior, and I don’t know that it ever really dawned on me, until I left, the significance of that particular space.

Same with Walden Pond, but [now] I take my family there when I come back. It was almost as soon as I left to go to San Antonio [to work for the Spurs], I had an unbelievable appreciation rush over me for Walden Pond, the Old North Bridge, and all the history that exists in this area.

ET: Moving on to your College days, what made you transfer into Emerson?

Presti: A few different things. When I was in Virginia it was the first time I was away from my drums. That was a big part of my life, I felt a loss of that. When I was down there, I just didn’t see myself living there long term.

Coming back home, playing here, the chance to play for Coach Smith, and being a part of what I saw happening was really appealing to me. I think it was a pull of a lot of different things. The music piece, obviously basketball, and then Coach Smith. He recruited me in high school and he remembered that.

My mother called and said [her] son was interested in transferring. He said, ‘Who’s your son?’ And she said, Sam Presti, and he remembered me. He could describe me. He could describe my game. My mother called me and she goes, ‘You should really think about this guy who remembers you from high school. He remembers everything about how you play, how you look, everything…’ And that went a long way with me. That was probably the biggest thing — was his belief in me.

ET: At that time, do you recall what you thought your profession would be?

But I never really thought that far and I think part of that was me being in denial of the fact that I was going into the real world. A big part of it was that I was still committed to the team and to my teammates, that I felt like I needed to finish this. This is really important to me. In hindsight, I don’t know that was the right thing, but it would be the way I was thinking at that time.

ET: You’re a drummer. What style of drummer are you? Punk rock? Rock and roll? Jazz?

Presti: I enjoy a lot of different things. Now, I just play along with my iPad when I have a free moment. Like when my kids are not sleeping or something like that.

One of my favorite drummers is a guy named Adam Deitch. He played in a band called Lettuce. He was in college around the same time that I was and was playing, he was at Berklee School of Music. So I was here in this college, and I just couldn’t believe how good this guy was. It turns out that band is still together and they’re big NBA fans. I’ve gotten to know these guys a little. They’re big Knicks fans.

ET: And do you hold that against them?

Presti: No, not at all. In fact, they’re extremely knowledgeable about the NBA. I really love listening and trying to play along to him, but he’s on another world. I mean everybody from Tony Williams, Elvin Jones, Stewart Copeland I really enjoy. Any of the James Brown drummers. Questlove, I think, is incredibly tasteful as a player. I admire all those guys and try to listen to them as much as I can.

ET: At what point did you think, ‘You know what? I could be a general manager of an NBA team.’

Presti: I’m not so sure that I ever was thinking end points. I think I was really focused on how do I do the best job I can possibly do at the Spurs so that they don’t ask me to leave. I’m really just trying to stack as many good days together as possible down there.

I will say that when Theo Epstein got hired by the Red Sox, it caught my attention, because he was 28 at the time and I was probably 24. That was a paradigm shift, I felt. Then, the advent of Moneyball. That was kind of coming out at the same time and I think younger folks were being looked to as potential options in those situations, but I never thought this is the angle for me, partly because I was so fortunate to be in San Antonio and I knew it. That was an unbelievable learning experience and valuable thing. I obviously owe Coach Smith for making that possible. I owe R.C. Buford and Gregg Popovich for giving me an opportunity and just sticking with me all those years. Very fortunate.

ET: Who’s the toughest player you’ve ever had to guard?

Presti: Me, personally? I got dunked on quite a few times by Wayne Turner. It was at Beaver Country Day. And I played with Shannon Crooks, who played at Everett High. He sure destroyed me a few times, but there’s also a player named Joe Ingegneri who went to St. Anselm’s but grew up in Dover. It is a combination of people that took turns crushing my confidence.

ET: How did your Emerson experience … with Hank Smith … prepare you for your professional career?

Presti: Changed my life. He completely altered the course of everything for me because I think he creates a unique system of thinking within the team itself. He’s brutally honest. He’s almost like an editor of your basketball character. He treats everybody fairly and equally. I think that really helped me understand how the essence of the team and the beauty of being part of the team. I just think he pushed us to limits I don’t think we really thought were possible ourselves. What happened was, I think as a whole, he creates belief in the individuals, but you start believing in your teammates first. To me that’s extremely powerful. Everybody is interconnected by thinking about the person next to them, but they’re really being taken care of by someone next to them.

I think we always saw, and this comes from coach, our constraints were never looked at as limitations. He got us to believe that those constraints were actually the things that made us better, and good, and made us different. We learned to embrace those things and I think that’s a huge aspect of the effect he has had on all of us.

ET: I know you’ve been asked this before, how hard was it to trade Russell Westbrook?

Presti: Oh, extremely. I’ve been in this business now as a general manager for over 10 years, 12 years now. We’ve faced some really challenging decisions over the years. That was tough because of the impact that he’s had on our city and community. Sports in a small market, it’s transcendent because of the community impact, and the community outreach, and the general confidence that is built from the team coming there and the personalities in the team.

So that was extremely challenging. The gratifying thing for me was that we were able to handle that situation that was so tough in a very respectful way. I was able to communicate with him throughout the entire process and ultimately, he got to a place he wanted to be. We were able to get things that we needed to have in order for us to redirect our franchise. We got Chris Paul, who has been just an absolute game changer for us in terms of what he brings to the table. It was extremely challenging, but as I look back on it, I think it was something I’m proud that we were able to execute.

ET: Like many others, I really look forward to seeing what you do with all those draft picks. That’s incredible.

Presti: We’re in the midst of transitioning our team… Sustainability is really the most important thing and those types of draft picks and assets are really the lifeblood of any small market franchise to get themselves to a point where they can be sustainable.

ET: If you could do it again … would you keep James Harden?

ET: I know you’ve been asked that before, I have a feeling.

Presti: Yeah, no, for sure. Listen, those decisions get made and James is an incredibly creative player.

ET: Did you think that he would reach this level of superstardom?

Presti: We drafted him third, but nobody knows. I wish I could tell you I thought that Russell or Kevin Durant, or any of those guys were going to turn out. The players are so good and they’re so talented. James has extraordinary talent and I’m proud that we had him while we did. But the reality is, in the NBA, things change and they change fast, and there’s a lot of forces at work that make it hard to keep a team like that together. We’re certainly grateful for the time that we had with him.

ET: [Y]ou were talking about Russell Westbrook and what he meant to the community. You yourself [are] a philanthropic person and that’s something that flies under the radar. What is it that draws you to certain organizations, causes, charities, or particular topics?

I just think it comes from my grandparents, who were very philanthropic in their time. I feel like Oklahoma City has been very good to me, and my family, in terms of the experience we’ve had when we’ve been there, and I think it’s our responsibility to try to give back where we can. I can’t give to everything, but I think it’s your duty, as a citizen, if you’re in that position. 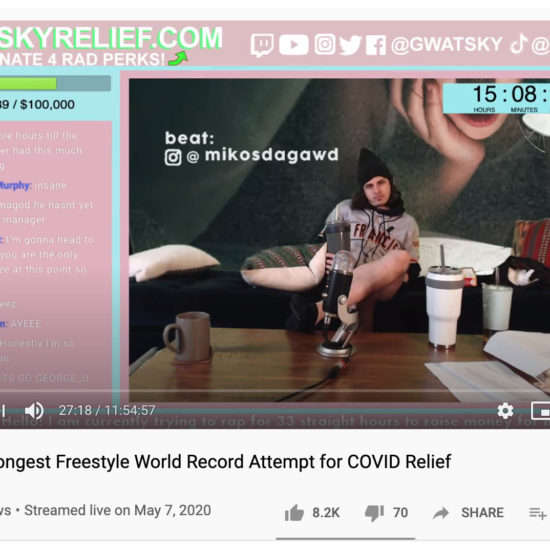 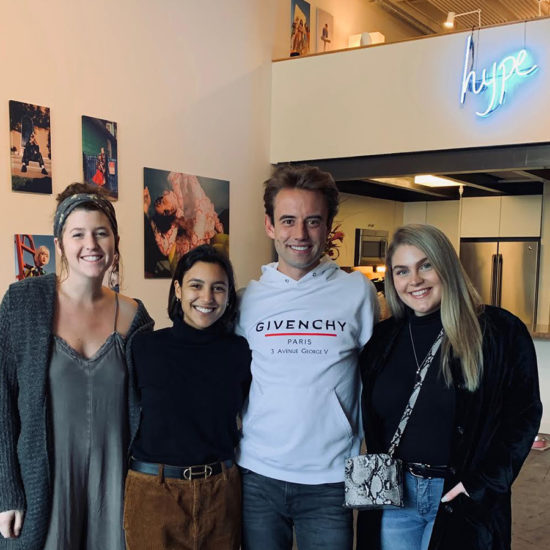 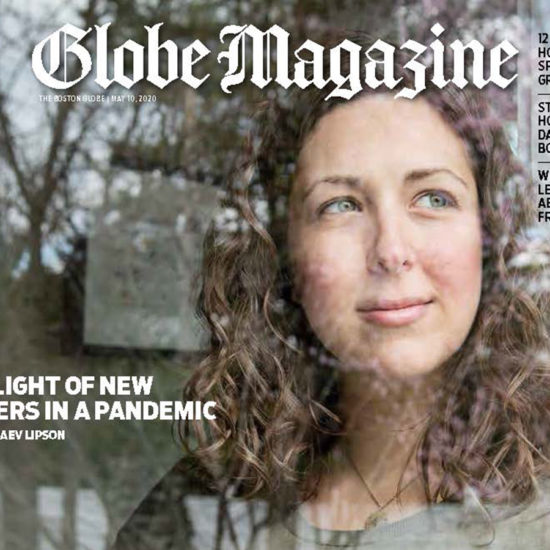 Globe Magazine to Feature Stories By, About Emerson Writers