The Emerson community is mourning Associate Professor of Journalism Moses Shumow, who was struck and killed by a commuter train while riding his bicycle in Beverly, Massachusetts, on Tuesday, October 22. He was 42.

Shumow had just joined the Journalism Department to teach digital design this fall, but he had been part of the Emerson community since 2001, when he received a master of arts degree in Broadcast Journalism from the College.

Associate Professor Paul Mihailidis worked with Shumow for the past 11 years, going into communities and helping them use media for positive social change.

The two had been collaborating on a book, Media Literacies of Persistence: Higher Education and the Rebirth of Radical Pedagogies, which drew from a decade of teaching and research on media, community, and social justice.

“Moses was my best friend and a colleague,” Mihailidis wrote to Emerson Today. “We traveled the world working in communities, collaborating on dynamic pedagogies, research papers, and book projects. He was one of the most dedicated and passionate humans, who lived his work.”

Prior to coming to Emerson, Shumow taught digital media, journalism, and broadcasting at Florida International University in Miami. It was at the FIU School of Journalism and Mass Communication that Shumow met Dean Raul Reis, now dean of Emerson’s School of Communication.

Reis said he quickly recognized Shumow’s talent, energy, and dedication as a young faculty member, and they developed a close professional and personal relationship, which later proved instrumental in drawing Shumow to the Emerson faculty.

According to mediaforchange.org, where Shumow sat on the editorial board, his research focused on immigrant media, particularly among Latin American communities in South Florida; along with issues of globalization, culture, geography, and migration.

In a brief interview with Emerson Today earlier this year, Shumow said he had spent much of his academic career studying the role of media in marginalized communities, and was looking forward to engaging his students around media production, engagement and research, and helping them grow and learn.

Journalism Department Chair Janet Kolodzy said that it was clear even during the interview process that Shumow was “Emersonian,” and although Shumow was brand new to the faculty, he made a quick and “seamless connection” with the students and the department.

Shumow also did work centered on Liberty City, a historic African American community in Miami currently experiencing intense development and gentrification. He is the editor of Mediated Communities: Civic Voices, Empowerment and Media Literacy in the Digital Age, and co-author of News, Neoliberalism, and Miami’s Fragmented Urban Space.

Between getting his MA from Emerson and earning his Ph.D. in Communication from the University of Miami, he spent a decade producing documentary films for local and national networks, including PBS, National Geographic, History Channel, and Discovery. He won a 2001 Rocky Mountain Emmy Award for Cultural Programming for El Favor de Los Santos, about the tradition of household devotional paintings, which he made for KRWG in Las Cruces, New Mexico; and a 2003 duPont-Columbia Gold Baton Award for the Frontline episode, “Inside the Terror Network.”

Shumow told Emerson Today he, his wife, Rose, and three children love “the outdoors, reading, going to the beach, and watching good movies.”

Kayla LaRosa ’20, a news director for WEBN, Emerson’s campus news station, had only worked with Shumow for a couple of months, after he came in as one of the station’s faculty advisors.

As a new advisor, he had recently undergone training, and the station had been looking forward to a planning meeting with Shumow and co-advisor Stephen Iandoli, a senior affiliated faculty member, on Tuesday.

“He didn’t know a lot of us super well coming into it, but he made an effort to get to know everybody [at WEBN], and he was super excited to help us out and make the organization the best it can be,” she said.

Kolodzy said right now, the department is focused on making sure Shumow’s family is O.K., and coming to terms with what it’s lost.

“I think the department is trying to fathom what we’ve all kind of determined unfathomable,” she said. “We’re trying to figure out how we fill the space that Moses was filling just by being who he was, and all the various special ways of thinking he brought to the department.”

In a message to the community, President Lee Pelton and Provost Michaele Whelan said information about any campus memorial service would be forthcoming.

In the meantime, support services are available from Emerson counseling staff and/or Julie Avis Rogers, Director of Spiritual Life.

Friends of the Shumows have started a GoFundMe page to help support the family during this difficult time. 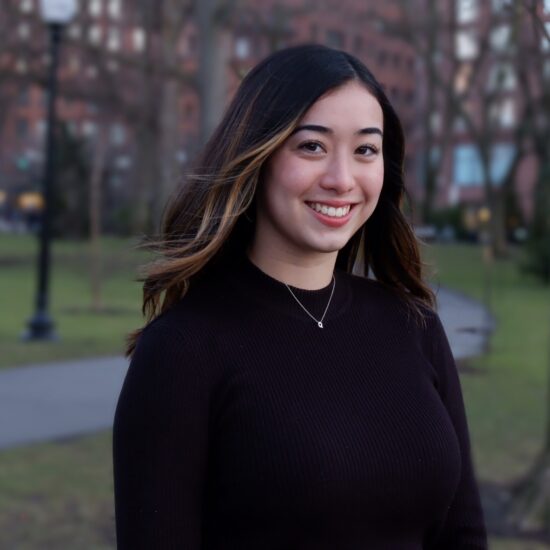