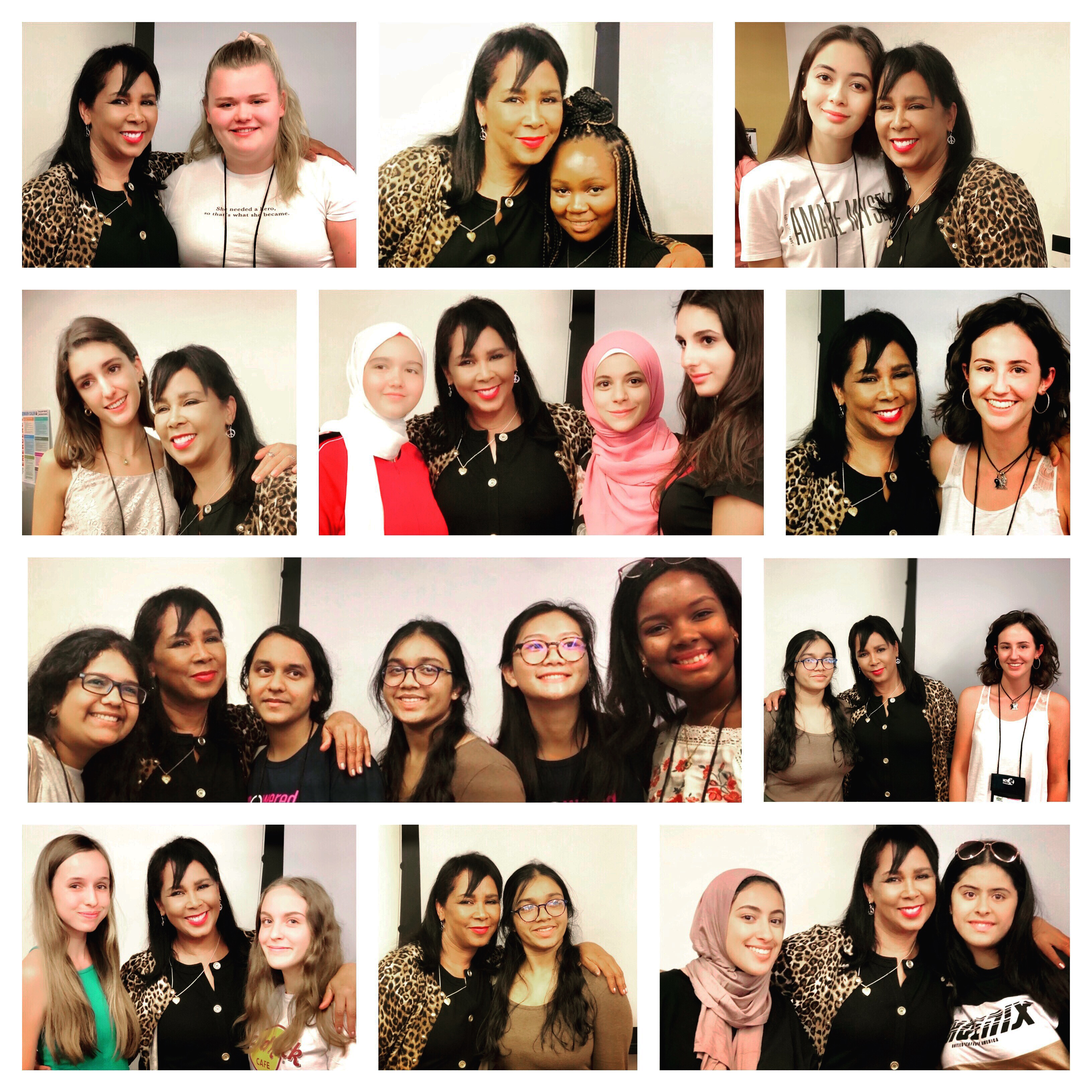 Seasoned journalist and lifelong crusader for diversity and equality Cheryl Jackson, an Emerson Journalism Department faculty member, worked to empower an international group of future female leaders during the Women2Women (W2W) International Leadership Conference in Boston earlier this month, where she led a workshop on Digital Storytelling.

An educational training program, W2W builds a worldwide network of promising young women, ages 15-19; engages them in issues that define their lives; and provides the tools, relationships and opportunities needed to lead, according to the W2W website. During the 10-day program, emerging female leaders from around the globe enhance their leadership skills while developing and implementing a collaborative civic engagement action plan in their communities.

“They were just beautiful souls because they were moved to tears by injustice,” Jackson said. “I left that room thinking it was such a great program — to take these girls so young and give them a way to impact the world — with their womanhood, with their interests, and with their passion. It was a privilege for me. These women have such passionate plans to change the world.”

This year, from August 1-10, young women from 30 countries and the United States met at Simmons University in Boston for the 2019 W2W International Leadership Program, a program of Empower Peace, a global network of students and schools. The program involves multiple workshops led by accomplished professionals and educators, surrounding issues of leadership and human rights. Jackson heard young women express concern for topics such as women’s rights, women’s reproductive rights, black prejudices in America, hijab discrimination, immigration rights, and racism.

“My message to them, from the perspective of diversity, is that I don’t believe that great leaders have prejudice, judgement, and bias. And that … all of us come into the room with prejudices, judgement and bias because everyone has them — as leaders, it’s our responsibility to eliminate that from our lives because we’re better leaders when we lead with love and not hate,” said Jackson, a former CNN reporter and now journalist-in-residence at Emerson since April 2018.

Jackson’s passion for human rights has been a driving force in her life since growing up biracial in the 1960s in a small, predominantly white, middle-class Indiana community, where her family was met with racism. It hardened in 2013 when her brother Carey, 49, died from a gunshot wound to the chest in their hometown. Jackson has since made it her life mission to find out what really happened — exposing the case via national media, pursuing a civil rights lawsuit, and enlisting the help of federal investigators.

“I’ve waged a battle of justice for him. And I walked [these young women] through my personal battle and showed them how I got the press and leaders involved and also how I created social media awareness,” Jackson said.

For two hours during the W2W conference on August 1, Jackson spearheaded the workshop Digital Storytelling, which focused on how to produce shortform digital stories to gain more exposure. Jackson also spoke to the fundamentals of storytelling, the technology used, and best practices for getting your story heard in a crowded digital media environment.

“I believe I bring something to the table, but I always learn something,” Jackson said. “I think women are sometimes devalued, and yet you see the strength in women who are literally trying to have the basic equality of life, and their will to fight for it always impresses me.”

In addition to the United States, countries represented in the conference included Afghanistan, Algeria, Bahrain, Chad, Colombia, Equatorial Guinea, Haiti, Iraq, Mexico and Nigeria, among many others.