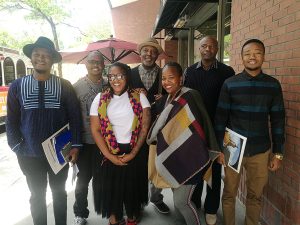 Emerson College recently welcomed a group of 22 international journalists as part of a program sponsored by the U.S. Department of State’s International Visitor Leadership Program and the WorldBoston organization.

Separate from the larger event, Roger House, associate professor of American studies in the Emerson College Journalism Department, hosted a visiting delegation of six African journalists on June 12. The group discussed the state of journalism in Africa and social issues of mutual concern among Africans and Afro-Americans. The cultural exchange was aimed at the development of a new journalism course on the History of the Pan-African Press.

The Department of State outlined specific objectives for the program:

The 22 journalists were from the following countries: