President Lee Pelton appeared on WGBH’s Greater Boston on Tuesday, December 5, to talk about the impact of the GOP’s proposed tax plans and President Trump’s latest travel ban on colleges and universities. Pelton joined Richard Doherty, president of the Association of Independent Colleges & Universities in Massachusetts.

Pelton told host Jim Braude that he is worried about the impact that some of the provisions of the House and Senate tax bills would have on Emerson’s ability to provide financial aid and resources to students from low-income families. Estimates that the number of taxpayers who itemize their tax filings would drop from 30 percent to 5 percent “will disincentivize payers to make charitable contributions to colleges and universities, and we thrive on that and we use that money to provide financial aid and other resources for our students.”

Pelton also said the latest travel ban, which the Supreme Court recently ruled can take effect pending appeals, projects to the world that the United States is a “less welcoming place.”

The Uncommon Project Projects a Bright Future for Boylston Street 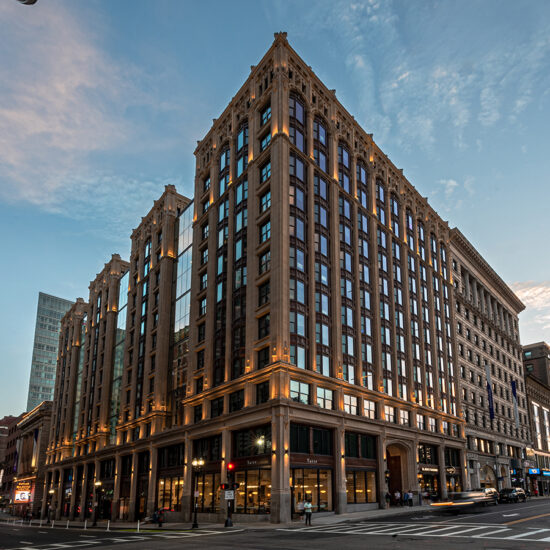 President Pelton: State of the College 2020