Please join the Marlboro Institute of Liberal Arts and Interdisciplinary Studies for a Book Celebration in honor of: Associate Professor Cara Moyer-Duncan (Projecting Nation: South African Cinemas after 1994) and Associate Professor Yasser Munif (The Syrian Revolution: Between the Politics of Life and the Geopolitics of Death).

Join the celebration on Zoom. 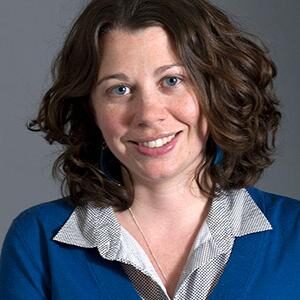 Moyer-Duncan’s new book, Projecting Nation: South African Cinemas after 1994 (Michigan State University Press, 2020), examines the ways in which national and transnational forces have shaped the representation of race and nation in feature-length narrative fiction films. Offering a systematic analysis of cinematic texts in the context of the South African film industry, Moyer-Duncan analyzes both well known works like District 9 (2009) and neglected or understudied films like My Shit Father and My Lotto Ticket (2008) to show how the ways filmmakers produce cinema and the ways diverse audiences experience it—whether they watch major releases in theaters in predominantly white suburban enclaves or straight-to-DVD productions in their own homes—are informed by South Africans’ multiple experiences of nation in a globalizing world. 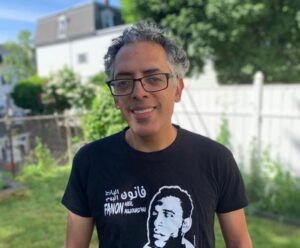 Munif’s The Syrian Revolution: Between the Politics of Life and the Geopolitics of Death (Pluto Press, 2020) provides a contemporary history of political violence and grassroots struggles in Syria since 2011. Focusing on grassroots politics, participatory democracy, popular nationalism, and the politics of dignity, Munif focuses on the scattered stories of people who fight for justice, and argues that the current conflict should be primarily viewed as a confrontation between revolutionary forces and a counter-revolutionary dictatorship. The Syrian Revolution shows that the courage, resistance, and creativity of ordinary people in Syria have permanently destabilized the Assad regime, despite its longevity and resilience.