BOSTON, MA (July 23, 2020) – Emerson and Marlboro Colleges confirmed today the completion of their planned alliance, announced in November 2019, in which Marlboro will move its academic programs to Emerson, and Emerson welcomes57Marlboro undergraduates to matriculate and 18 Marlboro tenured and tenure-track and 2 emeritae faculty to teach this fall.

As part of the agreement, Marlboro has transferred to Emerson College its endowment and its non-real estate assets. The alliance was conditionally approved by both institutions’ Boards of Trustees this spring, pending final regulatory reviews – which occurred this week.

“We are very pleased that the Marlboro and Emerson agreement has been finalized after many months of hard work. The alliance will ensure an innovative and exceptional educational experience for future generations in Boston, the nation’s hub for teaching, learning and research,” said Emerson President Lee Pelton.

“We wholeheartedly welcome Marlboro students and faculty and the launching of the Interdisciplinary Studies Major within the newly named Marlboro Institute. In this way, we honor and preserve the legacy of Marlboro’s distinctive approach to undergraduate education and create a new pathway for Emerson students to craft their own course of study that draws upon Emerson’s strengths,” said Amy Ansell, Emerson’s Dean of Liberal Arts.

Emerson College is internationally recognized as the nation’s premier institution of higher learning devoted to liberal arts, communication and the arts with campuses in Boston, Los Angeles, The Netherlands and degree granting programs in campuses located in Paris, Barcelona and Lugano, Switzerland.

Established in 1946 in Southern Vermont, Marlboro College was known as a remarkable, tight-knit community of scholars dedicated to independent learning and academic excellence. At Marlboro, undergraduates created their own course of study, much like Emerson students enrolled in the self-directed program housed in the Institute for Liberal Arts and Interdisciplinary Studies. Marlboro undergraduate and graduate programs were based on a scenic campus in the town of Marlboro, Vermont. Combined enrollment for both programs was less than 500 students.

Based in Boston, Massachusetts, opposite the historic Boston Common and in the heart of the city’s Theatre District, Emerson College educates individuals who will solve problems and change the world through engaged leadership in communication and the arts, a mission informed by liberal learning. The College has 3,780 undergraduates and 670 graduate students from across the United States and 50 countries. Supported by state-of-the-art facilities and a renowned faculty, students participate in more than 90 student organizations and performance groups. Emerson is known for its experiential learning programs in Los Angeles, Washington, DC, the Netherlands, London, China, and the Czech Republic as well as its new Global Portals in Paris, Barcelona and Lugano, Switzerland (beginning Fall 2020). The College has an active network of 39,000 alumni who hold leadership positions in communication and the arts. For more information, visit emerson.edu.

House on 'Gunsmoke' and Police Reform: The Hill 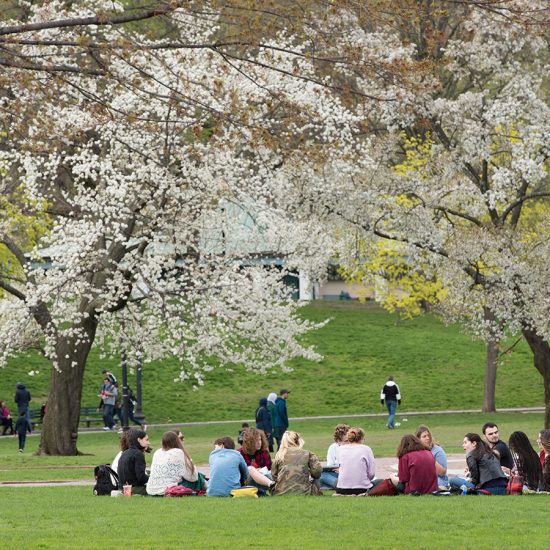